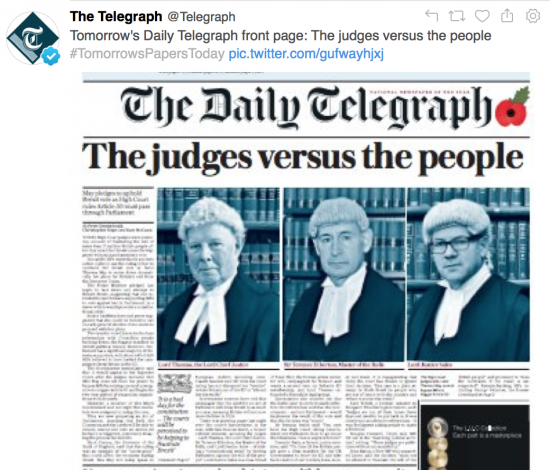 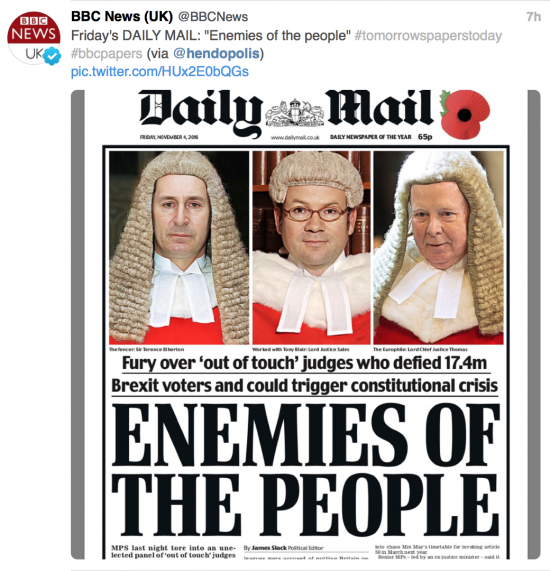 As I hope I made clear in a post yesterday,  this decision was not about Brexit as such. It was about the right of parliament to decide upon issues affecting the well-being of people of this country. And what we now have is deliberate misrepresentation of that fact by major national newspapers. In the process they are implying that the judiciary are acting against the best interests of the people of this country when in fact all they are doing is making a decision on a case brought before them on the rather more straightforward issue of whether or not parliament must consent to changes in the law.

The implication of these headlines is that these papers are happy with rule by decree in this country. That is a route to the end of democracy. Is that where they really think we should be headed? If so we are in even deeper trouble than I previously thought and the need for those who believe in democracy to stand up and be counted is even more urgent than I suggested yesterday.