I took part in the first ever Revenue Bar Association debate last evening. The Revenue Bar is, of course, the organisation for tax barristers. The motion discussed was originally ‘This house believes in penalties for tax avoidance’. This, however, got amended so that two votes were taken, one on penalising tax avoiders and the second on whether the the enablers of tax avoidance (otherwise called the tax profession) should be penalised.

I regret to advise the Alexi Moustrous of The Times, Graham Aaranson QC and I, who spoke for the imposition of penalties, lost both motions, the second more heavily than the first. I also have to say I regretted having to listen to some of the quite outrageous comments made by one of those opposing us: some lawyers really do need to make it into the twentieth century sometime (that was not a typo).

These were my speaking notes, although I ended up pretty much ad-libbing what I actually said: 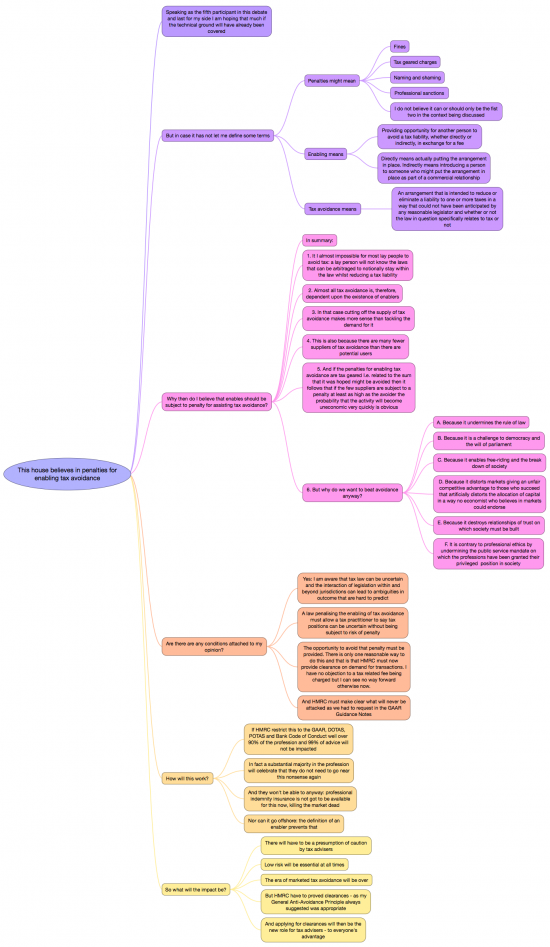