The Bank for International Settlements may be suggesting tears before long

The Guardian reported last night that:

Financial markets have coped well with the Brexit vote and other potentially disruptive political developments but asset prices may be running too high and the risks to market stability are growing, a report has warned.

The Bank for International Settlements (BIS) — the central bank for central bankers — said in its quarterly review that valuations are high, especially given that the foundations they are built on may not be so solid. It did not explicitly say that stock and bond markets are waiting to burst.

I don't think they needed to say so. But what they are saying is that this makes no sense at all: 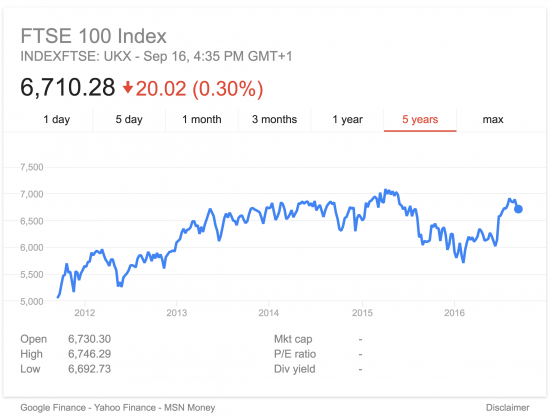 I am well aware that some say I am always predicting downturn. That is true. But for good reason. As the BIS is saying, the fundamentals do not equate to current asset pricing and have not for a long time. And at some point this will end in tears, of that I am certain. But I do not know when, precisely, for the record.