Labour is in power, locally

I took part in a brief twitter exchange with Simon Wren-Lewis and others today, with those 'others' asking how Simon, Mariana Mazzucato and I might still influence Labour if Jeremy Corbyn is its leader, which is an outcome both Simon and I have shown little enthusiasm for.

My first response was to point out that I do not think Labour is the be all and end all of power. After all, no less than eight parties supported the motion on country-by-country reporting in the Commons this week. I think its important to recognise the role of cross party working.

But there is another dimension as well. As John Harris pointed out in the Guardian this morning:

Sadiq Khan’s recent win in London sealed Labour’s control of all the major English cities, from Newcastle to Bristol — and the party is also in charge of sizeable places such as Hull, Oxford, Brighton and Southampton. Even in Scotland, Labour still controls Glasgow, and runs Edinburgh in a “capital coalition” with the SNP.

This is Labour in power. Look at this list: 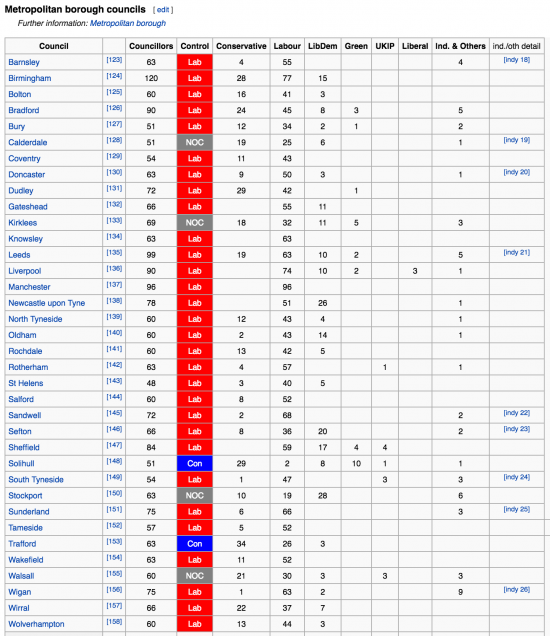 Even in unitary authorities it is in the lead: 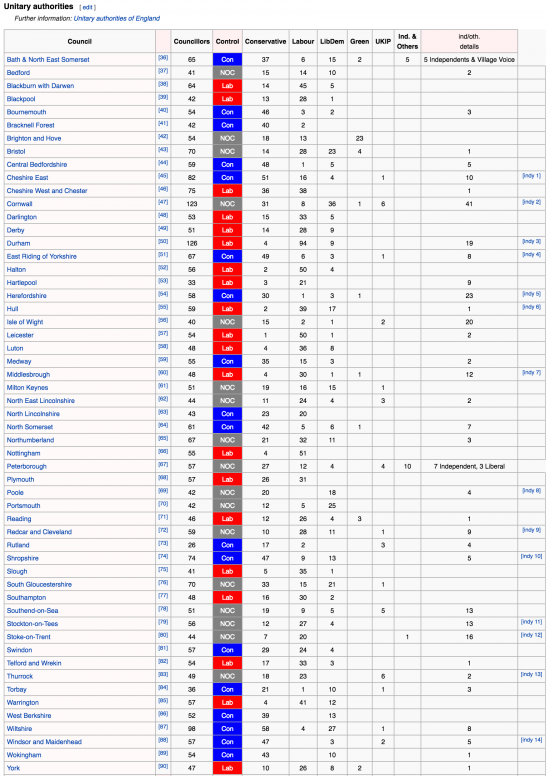 It's only not true in country councils: 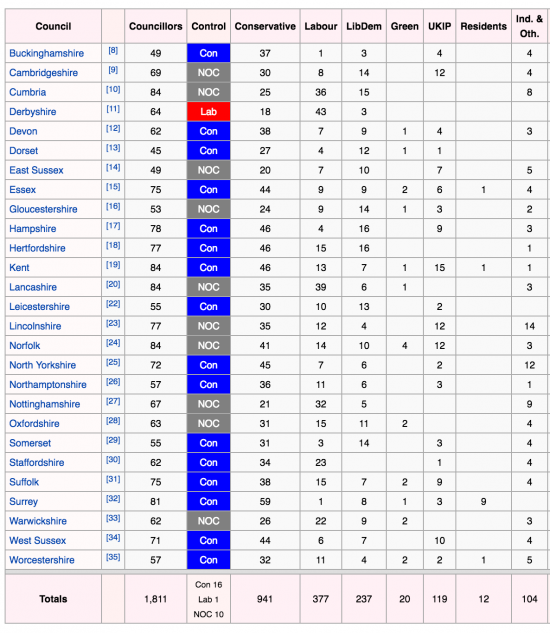 District councils are mainly Conservative, but in Wales and Scotland Labour is in the lead: 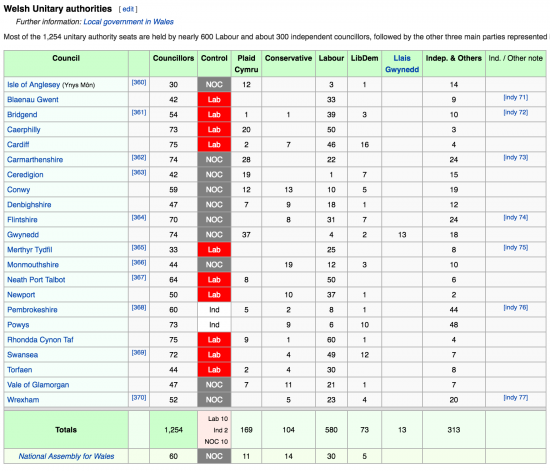 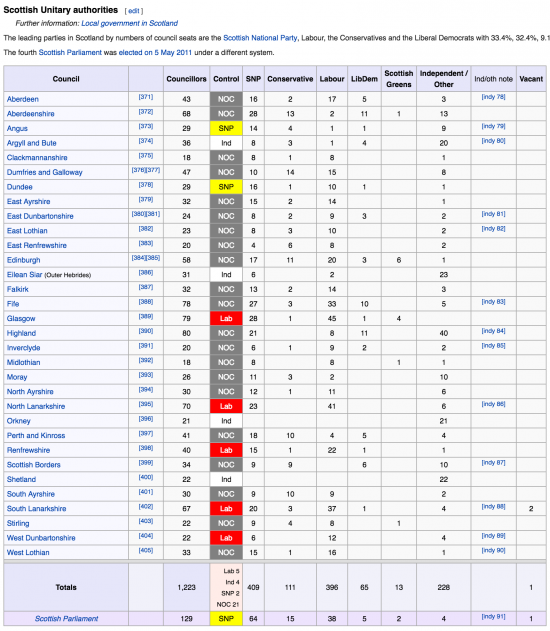 In other words Labour is in power, but just not nationally.

And in that case there is scope to talk to Labour on policy, but it's locally.

And for those, like me, who have been talking about local solutions for a long time that is interesting.