The Irish parliament may have voted to appeal the Apple decision yesterday, but the reason for those close to power to do so are now obvious. Tellingly, in the debate that took place yesterday there were six motions condemning the move, all of which supported tax justice in various ways. This was one of the more comprehensive offerings from a number of independent TDs (MPs): 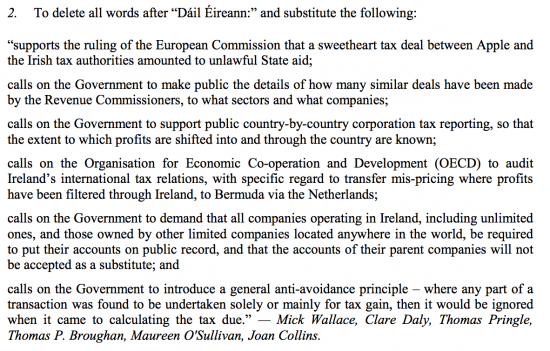 The motion was not passed, but it is good news that such issues are being debated.