This is staggering, coming so soon into the life of a government: 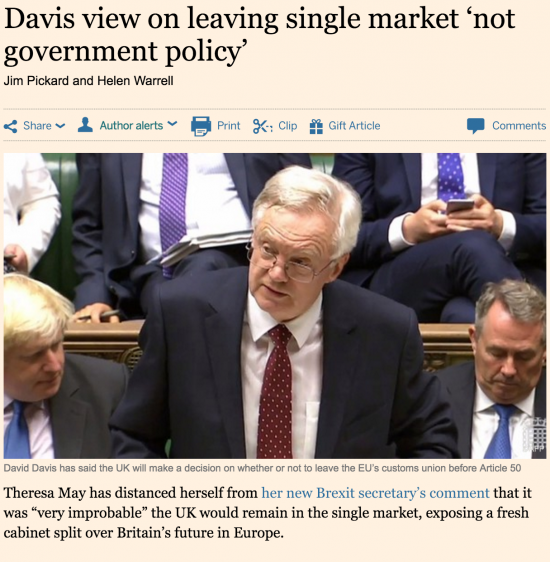 No wonder Theresa may does not want to go the country.

And no wonder that many, me included, feel that something radical is required to restore credibility to parliament when it is is clear that existing party structures are so clearly failing.

The reality is that because of first past the post  we are now left with shambolic politics where any sense of cohesion has gone from both leading parties whose only reasons for staying together is a desperate desire for power without purpose.

Now is the time for that to change. We must have electoral reform, House of Lords reform and a progressive alliance to make that possible. Coalitions are always uncomfortable, but have a degree of honesty in recognising the compromises they require. Right now we only have dishonesty and a shambles.

I am reminded of Oliver Cromwell's speech when  dismissing the Rump parliament (although I would not endorse his solution):

It is high time for me to put an end to your sitting in this place,which you have dishonored by your contempt of all virtue, and defiled by your practice of every vice.

Ye are a factious crew, and enemies to all good government.

Ye are a pack of mercenary wretches, and would like Esau sell your country for a mess of pottage, and like Judas betray your God for a few pieces of money.

Is there a single virtue now remaining amongst you? Is there one vice you do not possess?

Ye have no more religion than my horse. Gold is your God. Which of you have not bartered your conscience for bribes? Is there a man amongst you that has the least care for the good of the Commonwealth?

Ye sordid prostitutes have you not defiled this sacred place, and turned the Lord's temple into a den of thieves, by your immoral principles and wicked practices?

Ye are grown intolerably odious to the whole nation. You were deputed here by the people to get grievances redressed, are yourselves become the greatest grievance.

Your country therefore calls upon me to cleanse this Augean stable, by putting a final period to your iniquitous proceedings in this House; and which by God's help, and the strength he has given me, I am now come to do.

I command ye therefore, upon the peril of your lives, to depart immediately out of this place.

Go, get you out! Make haste! Ye venal slaves be gone! So! Take away that shining bauble there, and lock up the doors.

It is time for an honest electoral system, and honest parliament, a government with integrity and responsibility and a political process that really tries to represent the UK. There is no chance of that with the electoral system we have.