This was made law by George Osborne last October when the Commons approved his Fiscal Charter. He clearly felt rather smug about it at the time, thinking it wrong-footed Labour for good: 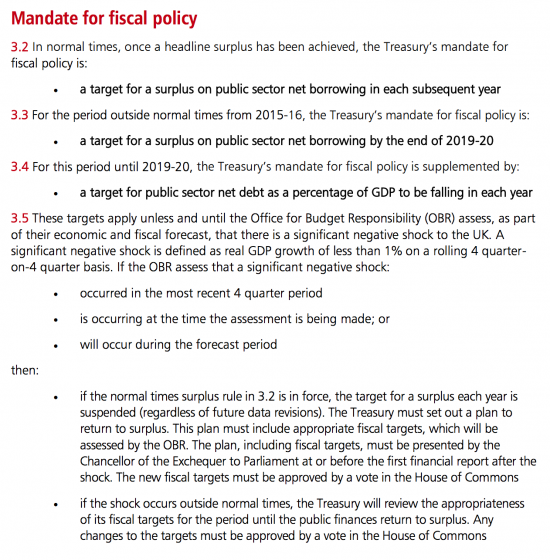 As I said at the time, George Osborne had no chance of delivering these surpluses.

The new Chancellor, Philip Hammond, has now acknowledged that to be true.

So when does he go back to the Commons and repeal this stupid law?

Alternatively, when does he admit that the OBR was always a branch of the Treasury when issuing estimates that fitted Osborne's wishes?

He has to do one of those two things.