The following amendment to the Finance Bill was put to the House of Commons yesterday: 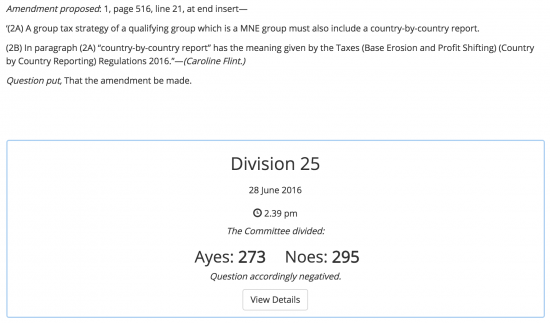 The amendment would have put the country-by-country reporting of the UK's largest multinational corporations on public record.

As you can see the vote was very close indeed. But the government opposed the transparency that would have ensured those largest companies using tax havens would be exposed for what they do.

I thank Caroline Flint and those from across almost all parties - the Conservatives included - who did support this amendment that would have delivered something this country so badly needs,

Some day we will get it.