Has the political mood changed already? Evidence suggests the confidence bubble has burst

I drew attention to the ONS report this morning that suggested that most people thought the UK economy was recovering well - and that this sentiment was part of a trend that had been clear since 2011. In doing so I suggested that George Osborne was safe until, the mood changed. The survey on which the findings were based was takenÂ last November.

And now there s some evidence from Ipsos Mori - published today via the Guardian - that it has: 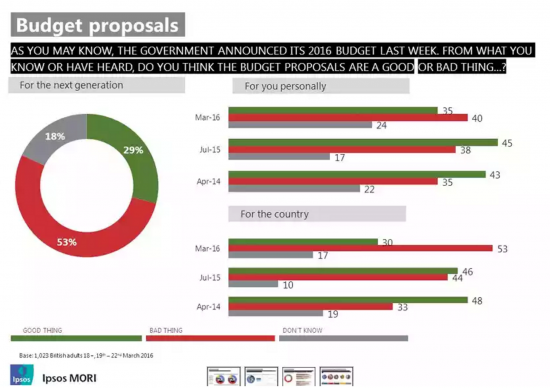 As I suggested, this is the portent for change, if of course, anyone has an alternative to offer. If they do the mood is for the taking it seems.