Several people have asked if the data I have put forward on government borrowing would have been changed if privatisations (including 3G and 4G spectrum sales) and POFI were taken into account. I was curious, so I have checked.

Privatisation proceeds came from the House of Commons Library updated in the past two years by the OBR data for March 2015.

Spectrum sale data came from press reports for 2000 and Ofcom for 2013.

All these sums net increased borrowing either by disguising the sum that would actually have been borrowed or actually adding to it in the case of PFI. 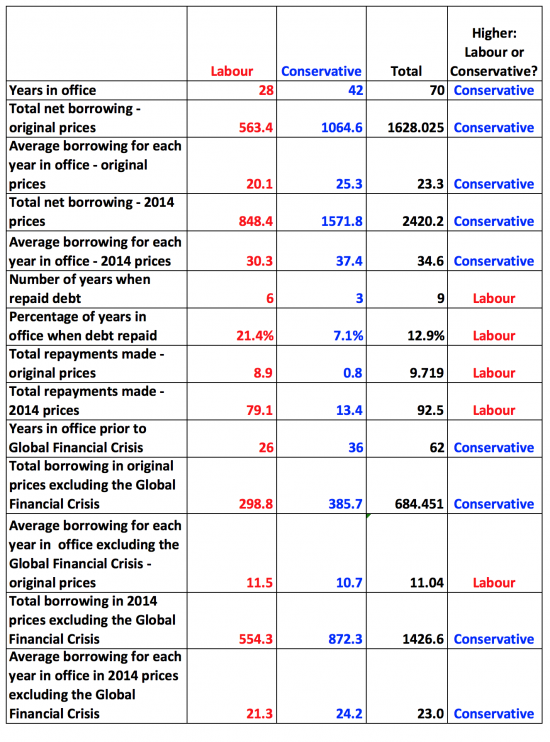 What if we only looked from 1979? This is the same data restricted excepting that it is restricted solely to that period: 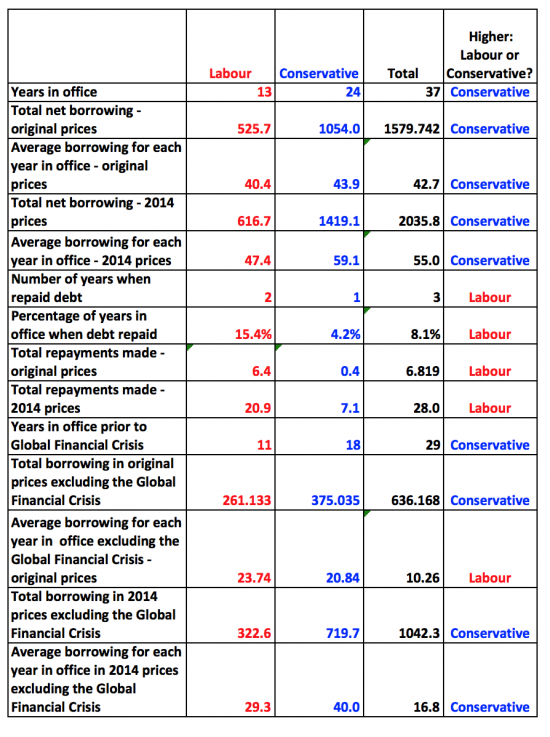 In other words, nothing changes.

The Conservatives are still the biggest borrowers in real terms, are less inclined to repay and repay much less debt.