This is from the 2015 HMRC staff survey (click on the image for a bigger version): 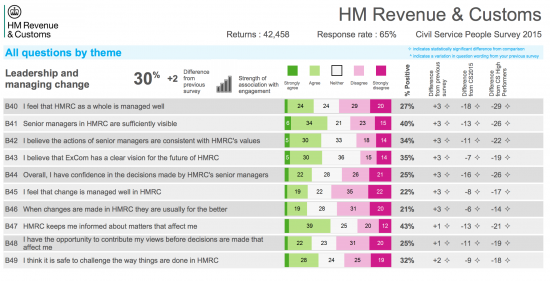 Overall HMRC only managed a 30% positive rating on competence from its staff (well over half of whom took part, and they are, presumably the motivated ones). I would rate this as dire.

I keep saying that HMRC's management needs to be fundamentally reformed, from the top down. It seems like its staff agree with me.