I admit that of the Season's Greetings I have received this has irritated me by far the most: 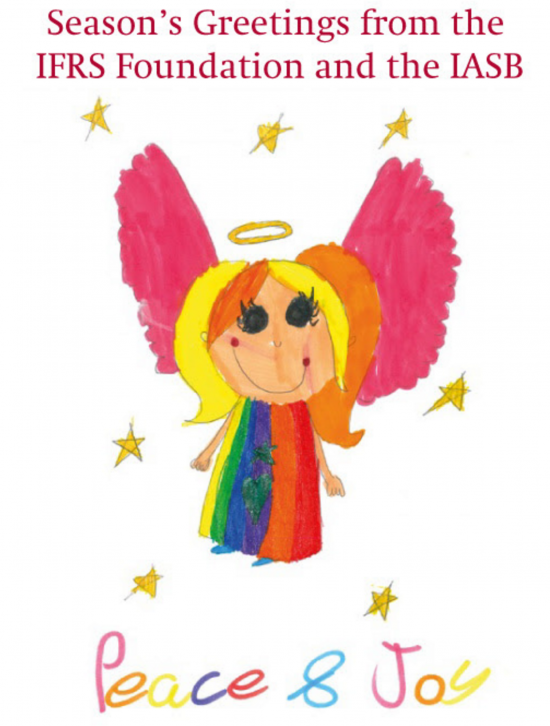 Let me remind you of what the message of the angels, to which the card clearly refers, was in Luke:

The angel said to them, “Do not be afraid. I bring you good news that will cause great joy for all the people. Today in the town of David a Saviour has been born to you; he is the Messiah, the Lord. This will be a sign to you: You will find a baby wrapped in cloths and lying in a manger.

'Seasons Greetings' suggest that the International Accounting Standards Board has ignored everything from the end of the first sentence, so I will do the same. And I still get annoyed.

Or, to put it another way, if they think you want data but you are not quite specifically a supplier of particular types of capital to a company then you can, to not put too fine a point on it, go to hell. Which is why they have always, for example, refused to consider the possibility that country-by-country reporting should be included within International Financial Reporting Standards, despite calls from people like the EU Parliament and national newspapers for it to be adopted in public accounts.

So the IFRS Foundation card is not just a lie but is deeply hypocritical. The offer was of peace and joy was for all people and the IASB have interpreted all people as being the suppliers of capital.

And I do find that profoundly annoying. If the International Accounting Standards Board want to offer peace and joy then it's about time they realised its for everyone, not just capitalists.