I wrote a lengthy note on Friday about the plan that I knew HMRC would be announcing today that it calls Making Tax Digital: 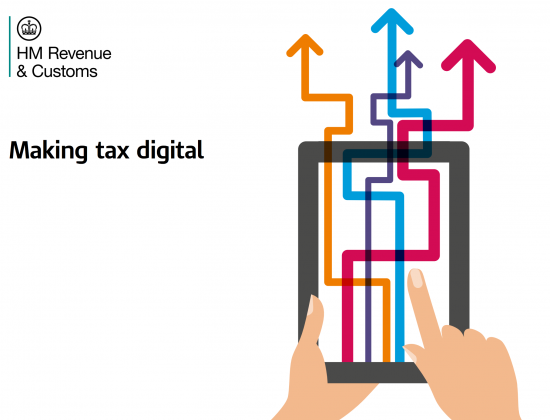 The plan is almost as bad as I feared. In fact, I'd go so far as to say it will become the biggest obstacle to the setting up of new small businesses in the UK that there has ever been so onerous are its obligations.

Some of the design faults I predicted are as I suspected: for example, the plan is to be introduced for the self employed before companies. The delay for the latter is currently scheduled at two years. Assuming everything is delayed, as is likely, that gap will get worse. So, as I predicted, the sector where progress is really needed now will be the last to be addressed and there will, in the meantime, be a strong incentive to incorporate. That's the exact reverse of what is required.

And the plan is as naive on accounting as I expected. This is said:

By 2020, most businesses, self-employed people and landlords will be required to keep track of their tax affairs digitally and update HMRC at least quarterly via their digital tax account. These changes will be introduced for some businesses from April 2018, and will be phased-in by 2020, giving businesses time to adapt.

These businesses will be required to use digital tools, such as software or apps, to keep records of their income and expenditure. HMRC will ensure that free apps and software products are available, but many businesses and their advisers will choose to use commercially-available tax software packages.

Businesses will use software that compiles their tax data as part of their ordinary day-to-day activity, highlighting any possible errors (for instance, arithmetical mistakes or figures which look out of place) and offering prompts for information that might otherwise be overlooked. Once the software has compiled the relevant data, businesses or their agents will feed it directly into HMRC systems via their computers or smartphones. Updating HMRC directly in this way will be secure, light-touch and far less burdensome than the tax returns of today.

This is absurd: it takes about a minute to submit a tax return now. And populating a tax return from a linked accounting package already takes no time at all for an accountant. It's assembling the data to populate the return that takes all the time. HMRC's claims utterly ignore that fact and want to increase this time consuming part of the job fourfold. That they do not seemingly understand this is deeply troubling.

More worrying still is this:

Businesses currently report information on tax returns and pay liabilities long after the end of the tax year. The government is changing the tax system so that it operates much more closely to ‘real time’. Business will be able to see, through their digital accounts, a real-time view of their tax and a calculation of the tax due. By reporting information closer to real time, businesses will find it easier to understand how much tax they owe, giving them far more certainty over their tax position and helping them to budget accordingly.

The implication is obvious: tax bills will at some time in the future be based on these quarterly statements. Most certainly payment dates are to be brought forward since HMRC say:

The government is consulting on options to simplify the payment of taxes, including whether to align payment dates and bring them closer to the point when profits arise

This will impose a massive credit squeeze on many smaller businesses that a great many will simply not be able to afford. A rash of bankruptcies will follow this change.

But let me stand back from this and point out yet again why this cannot work. The ley misunderstanding (or misrepresentation) on the aprt of HMRC is in this phrase:

"Once the software has compiled the relevant data"

The implication from HMRC is clear and is about as gross as any that any government has ever made on IT. Indeed, Tony Blair in all his naive IT faith and utter IT ignorance could easily have made it. What HMRC seem to think is that accounting is just an exercise in totting up the books. It isn't. Let me suggest just some simple things that complicate the issue and which will now need to be done every quarter by small businesses instead of just once a year, with considerable cost involved:

Fail to do these and that book totting up exercise will be meaningless: it will not declare income correctly. And doing these things takes time, cost and effort and will now need to be done four times a year to ensure tax is not over or under paid, with (no doubt) penalties accruing if the latter is the case and now with much shorter time scales to be applied than has been allowed in the past. In this case every claim the government makes about reducing the burdens on business is, to be blunt, a lie. I use the term advisedly.

There will be a boom in small business accounting as a result of this change, little of which will add to the value of understanding.

And there will be a big downturn in the small business economy as a result of this change as people are put off going into it, or simply go bust because of the extra costs they will incur.

Whilst the shadow economy will get a boost from the cost savings it will offer.

And I candidly doubt that very much extra tax will be collected as a result for all the reasons  have explained here.

I stress, I want to close the tax gap.

I stress as strongly that this is not the way to do it.

But it will massively alienate the small business community from this government. As PR disasters go this looks set to be a big one.