The following comes from the Fair Tax Mark blog, where it was not written by me (for the record): 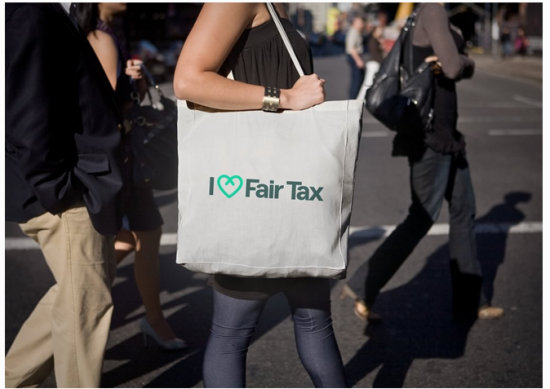 The media is buzzing with news that a Welsh town has supposedly ‘gone offshore’ in protest at tax avoidance by multinationals such as Starbuck and Google. Followed by a BBC crew, local traders from Crickhowell in the Brecon Beacons have decided to shine a light on the dubious practices normally only available to large businesses by attempting to copy them and set up an offshore structure of their own.

It’s a classic ‘David vs Goliath’ story that has caused quite a stir but what happens next? Will encouraging towns to go offshore lead to real change? We’re not convinced.

When big businesses and wealthy individuals avoid tax, they undermine the very social contract upon which our society is based. As citizens, we’re rightly outraged, and think “if I have to pay, why don’t they?”.

However, if that sentiment then turns into “well if they’re not, I’m not going to either” which is what the Crickhowell businesses seem to be saying, it could turn into a very dangerous game indeed.

Fair Tax is about more than just ensuring everybody gets to play by the same rules — although that’s clearly important. It’s about ensuring that everybody contributes their fair share to society, so we can all benefit. Tax not only pays for schools, hospitals and vital services but like it or not, it’s also very literally the glue that holds us together as a nation of law abiding people.

If ordinary people start joining the avoiders, we end up undermining the tax system and the society on which it is based, rather than forcing the real culprits, government and big business to change their ways.

The Crickhowell businesses say they want to pay corporation tax — and rightly so, as this is the only tax that allows the community to share in the profits they helped create.

Therefore while we are happy that a new group has joined the debate on tax justice, a truly Fair Tax story has a different ending — one that ditches the sleaze, and embraces a longer term solution that we can all be a part of.

We have been working in public and behind the scenes for many years now to create truly Fair Tax towns, ones that don’t embrace the tactics of the race to the bottom and instead seek to involve businesses and others leading by example to embody the changes that they want to see.

We invite all those involved in this programme (from the production company to the Crickhowell shops) to consider getting Fair Tax Mark accredited and participate in our campaign.

Of course they will have to wind up the offshore structure and instead join a growing movement of businesses including the likes of SSE, Lush and the Phone Coop that believe paying tax is as the heart of a fair society.

Imagine if the whole Crickhowell chose to only buy from Fair Tax businesses? That not only directly impacts the avoiders, but sends a powerful message to government too — without undermining the tax system or taking unnecessary risks. It may not quite be a happily ever after ending, but it would be the first step to a more positive future.