Jersey is the breeding ground for inequality

I have long argued that tax havens are bad for the world: they are used as the deliberate launchpad for attacks on the right of democratic nations to make their own decisions on the taxes they want to charge. As such they are international agents for the promotion of inequality.

It is also interesting to note just how bad they are at promoting equality within their own economies. As I noted recently, Jersey's economy has had a pretty dire time this century, but a new survey published (and credit is given for this) by the States of Jersey on income distribution within the island shows just who has paid the price for this (not that you would know from their own press releases). Take this for example: 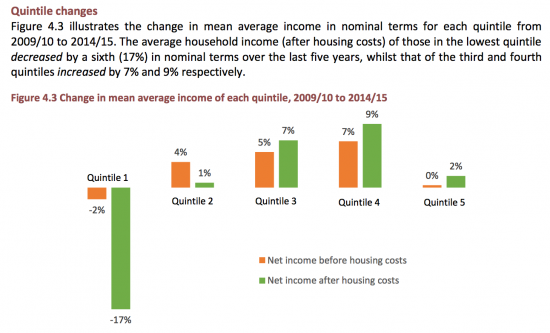 Staggeringly, the poorest 20% of people in Jersey have seen their net incomes fall by a sixth in five years. No one else has.

And then note this:

To put it another way, those in the top decile (the top 10%) enjoyed income 19 times greater than those in the bottom 10% of income earners and that ratio has increased from 12 : 1 in just five years.

In 2012 Francis Maude took it as a compliment that the then government was turning the UK into a tax haven. And now with tax credit changes it looks like the UK is really doing its best to emulate Jersey.