The government published draft regulations to enforce country-by-country reporting for tax purposes by multinational corporations yesterday. The regime, which is already hopelessly inadequate by denying the public the right to see this essential data, applies to multinational companies turning over more than £586 million a year.

There is a problem though. The penalty regime is as follows: 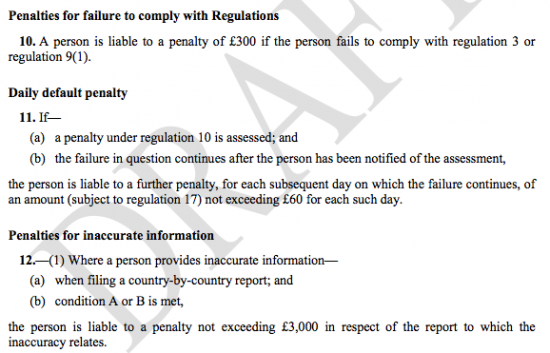 That means it is cheaper to not supply country-by-country reporting data than comply.

It means that HMRC is saying ot really can't be bothered whether large companies do this, or not.

The penalty will, in fact, be smaller than many imposed in tax settlements on sole traders.

If you want the evidence that HMRC is not serious about collecting tax from big business then then this is it.