George Osborne looks like he signed up to People’s Quantitative Easing in 2011. Why not now?

Following on from my demonstrating that Alastair Darling provided the framework for People's Quantitative Easing in 2009 here's another letter on the subject I've just unearthed thanks to my conversation with Danny Blanchflower today: 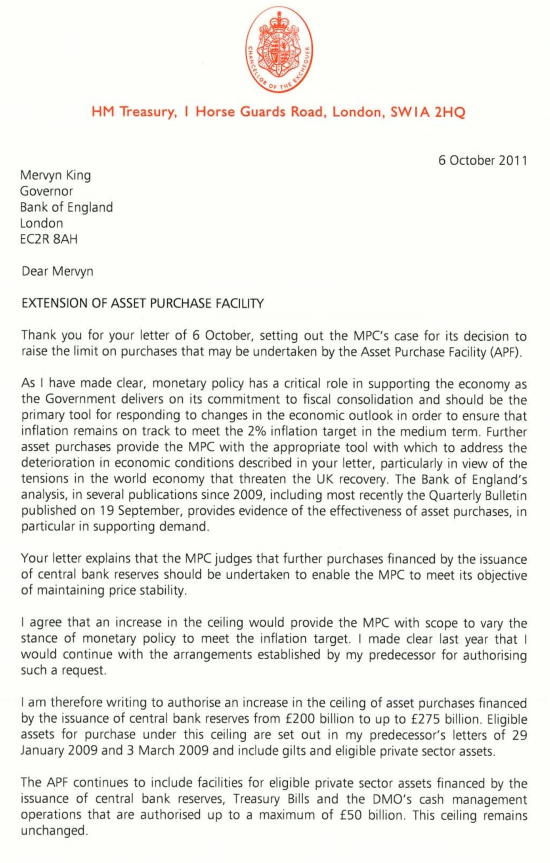 Now a lot of this repeats already made in my last blog:

But, more important is the sting in the tail: 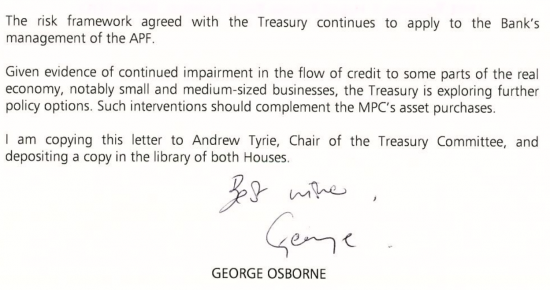 And, second, Osborne and  the Treasury were very obviously considering a small company intervention, and other options, in 2011. Something rather like People's QE looks to have been on the cards back then. But now Osborne denies it.

And why isn't People's Quantitative Easing on the agenda now when it would make complete economic sense to do it?