The first five years of tax collection by George Osborne: a progress report

The National Audit Office has published the following table of tax receipts over the five years of the Coalition government as part of its review of HMRC's annual accounts: 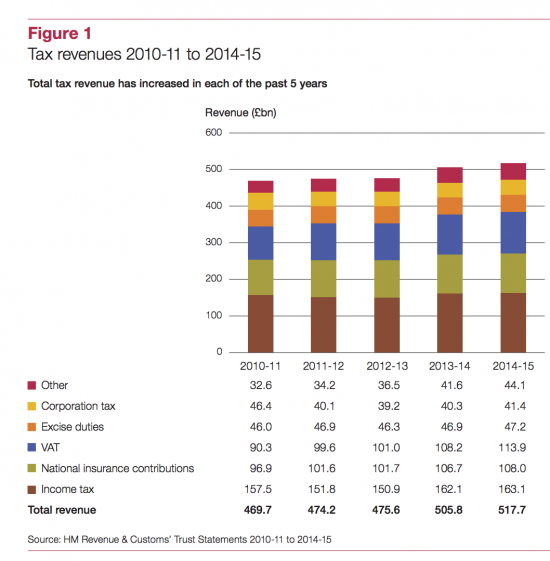 I could not resist a little analysis. The following table compares the budget forecasts as issued by the Office for Budget Responsibility in June 2010 with the above out-turn and then shows the difference: 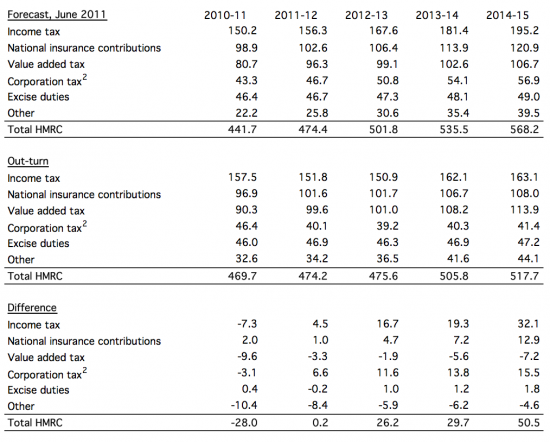 Several thoughts follow. First of all, where is this analysis from the OBR? And why is it not made? The case for an Office for Tax Responsibility grows by the day.

Second it is very obvious George Osborne thought he was in a deeper mess than was the case in 2010 but he then massively overestimated his capacity to do anything about it.

Third, there may be a trade off between other and income tax and it will be due to tax credits: the NAO treatment is unclear.

Fourth, it is very odd how VAT was under-forecast but everything else over forecast, others excepted.

Fifth, if the OBR got this so wrong and the OBR is still signing off what look like wild forecasts, what chance Osborne will achieve his plans for the coming five years?