As I have long explained, if the government is to run a surplus within the economy somebody else has to borrow. That's basic double entry book-keeping at play at a national level. It's a fact that cannot be ignored or denied. What that also means is that if the government is to clear a big deficit somebody else has to borrow a lot more. This fact is reflected in the following chart from yesterday's Office for Budget Responsibility forecasts: 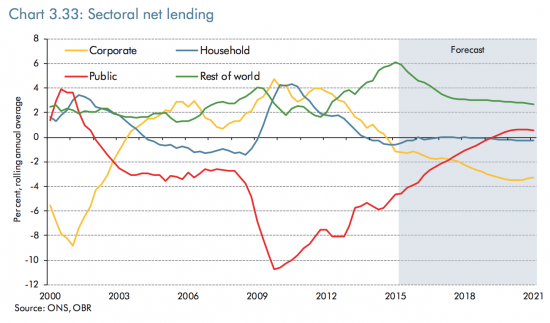 Unless those happen as a matter of fact George Osborne will not clear his deficit.

It's important to note that he has missed all his previous forecasts on deficit reduction and I have to say I think he will do so again. To illustrate the point, the apparently innocuous flat line on personal borrowing requires substantial increases in household debt, as this OBR forecast shows: 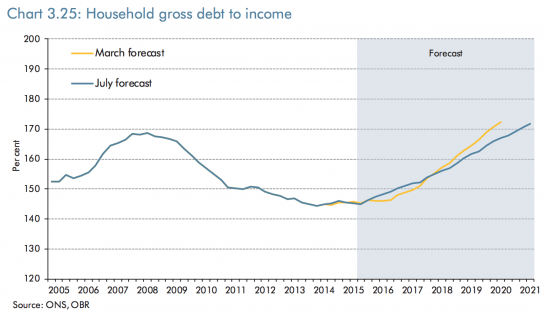 And it's only in cloud cuckoo land that Osborne's budget will balance as a result because these assumptions are not just heroic, they are utterly implausible.