George Osborne’s Â£27.8 billion give away to business

After each budget I have a habit of looking at how the forecast changes in tax revenues for each major tax over the next few years break down. Here's the table based on the Office for Budget Responsibilities analysis in table 4.5 of their report published today, which I then compare with what the revenues of each noted tax would be if they moved in line with nominal GDP (i.e. allowing for inflation, as this forecast data does) and then comparing the two: 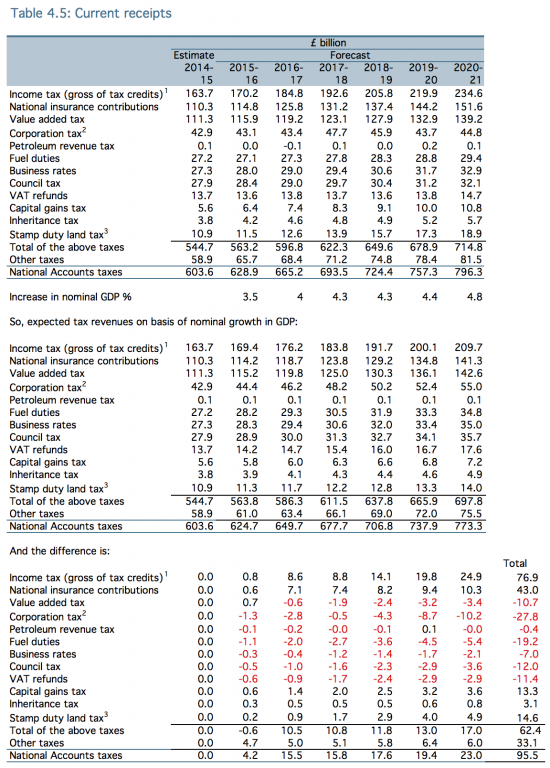 The evidence is rather blunt: because George Osborne and the OBR are assuming at least a million more people will be in work in the UK by 2020 (many of whom will be migrants as that many people are not otherwise available) it is assumed that income tax and NIC will rise significantly as sources of tax revenue.

Almost every other tax, including rather oddly VAT (given that growth is assumed) under-perform nominal GDP, but the stand out variance is from  corporation tax.

Over the next five years as George Osborne punishes the worst off in our society and imposes the harshest of pay regimes on public servants business will get a tax giveaway of £27.8 billion in cash terms as a result of the tax cuts he is giving to companies.

That's what this budget is very obviously all about, revealed in red and black.