UK notes and coins are not debt free money

It has been claimed in comments on this blog that notes and coin are debt free money.

This is not true. The Bank of England accounts dealing with the Issue Department make this clear. This is its balance sheet: 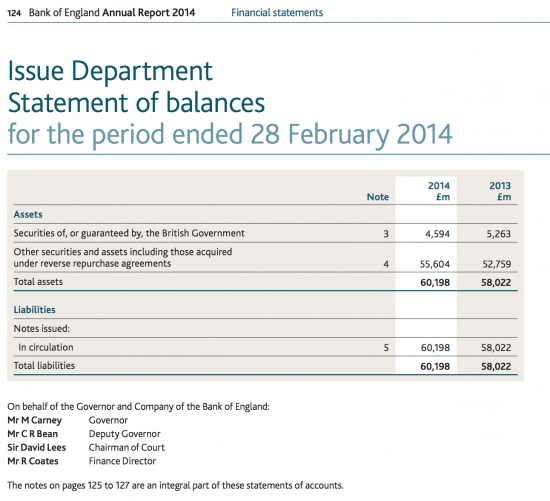 The notes and coins in circulation are very definitely a liability of the Bank because they represent a debt owing.

Shall we put this idea of debt free money to bed?