Labour’s tax manifesto – a step in the right direction

This is what Labour has to say in the tax section of its manifesto: 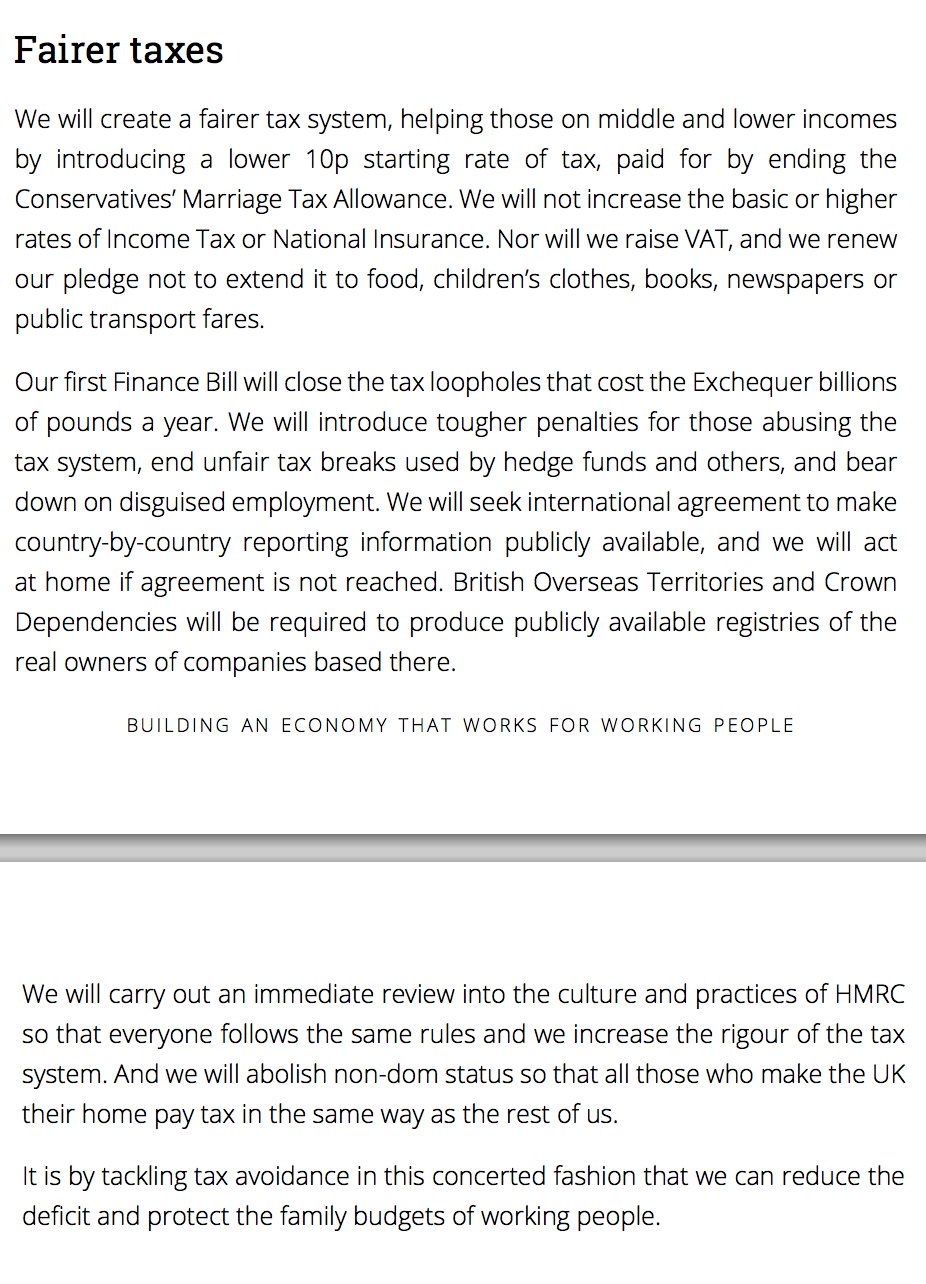 They have also committed to:

Does it make sense? That's an important question given Labour is most likely to form the next government, in my opinion.

The answer is broadly yes. The main package has much to commend it and is tough on disclosure, and avoidance. The review of HMRC is overdue.  Penalty reviews are also needed and the scraping of the non-dom rule is vital.

The mansion tax would still be better dealt with by Council Tax reform, in my view.

Starting tax rates have poor records, but are better than marriage reliefs that are just partisan.

Restricting pension reliefs is just - but other reliefs need restricting too.

The commitments related to development are good. So too is the challenge to British tax havens, which I warmly welcome.

So what's missing? First a commitment to spend more at HMRC. I don't understand why that is not there.

Third, detail on tax avoidance is not in here, but has been dealt with elsewhere and will, I hope, be delivered.

Fourth, the need to create a progressive tax system is not stated - and it is not clear enough will be done on that issue.

But overall? Principle matters in this list and for that reason it is welcome as a step. But it is only a step and pressure for more reform will be needed.