It's always interesting to see where a Chancellor expects to pick up tax from. I did such an exercise a year ago on Osborne's 2014 budget and I thought I would repeat it today based on this year's data (table 4.5 in OBR report fro those interested): 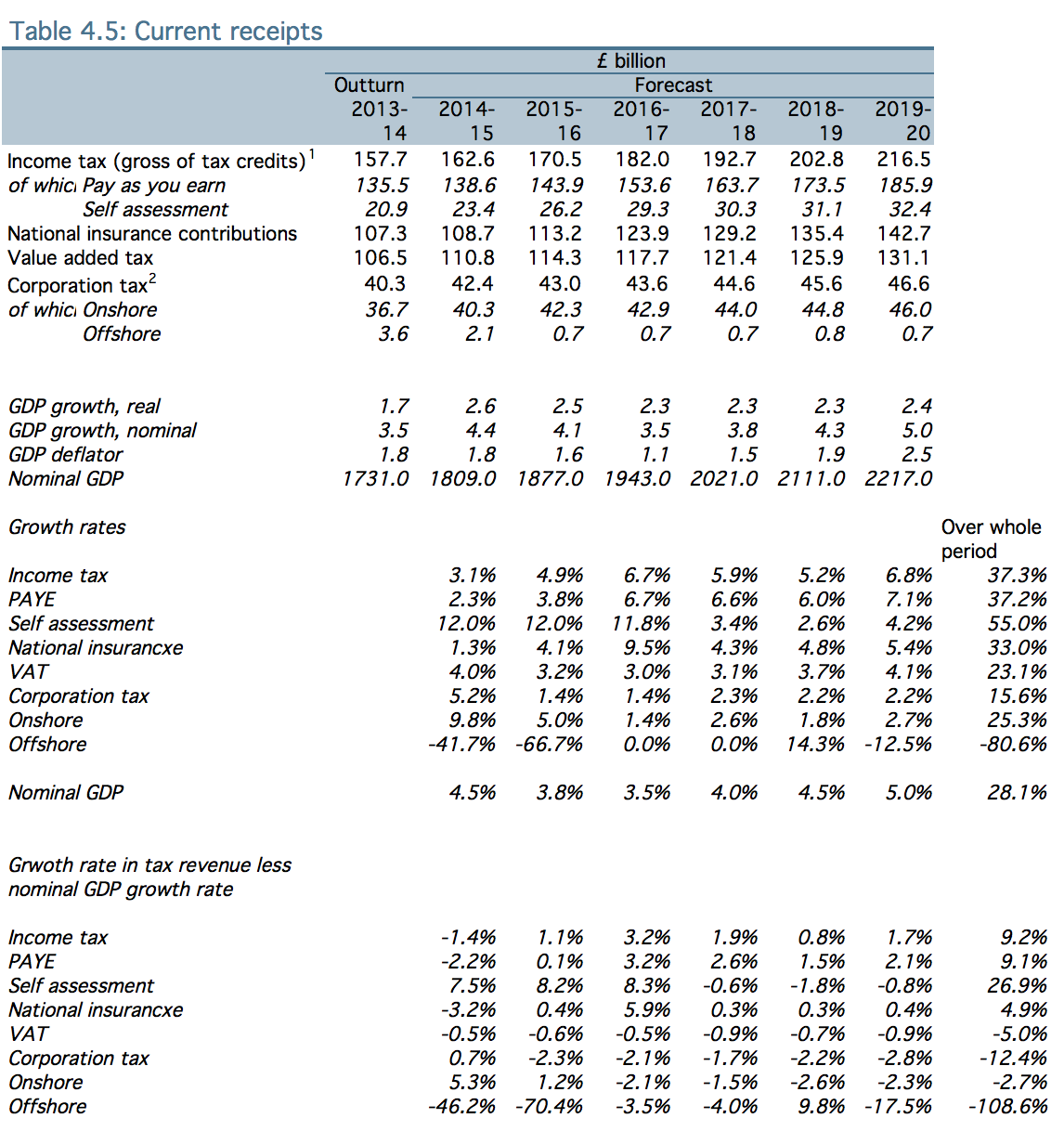 The assumption is that there will be nominal growth i.e. unadjusted for inflation, over the forecast period of 28.1%

Curiously VAT does not reflect that fact. It must be that George Osborne thinks that a significant part of growth will be saved.  I think that very unlikely.

But he does definitely think there will be income growth, or more likely, increasing income tax rates that he has yet to announce because income tax yields are set to grow by 9% more than nominal growth. That is slightly down on last year though, when the projected rate was 10%.

The optimism in the growth of self employment remains astonishing: this is the only obvious basis for the growth in self assessment yields and they are forecast to grow 26.9% more than nominal GDP, although that is down from the 35% a year ago.

But the one thing you can be sure of is bigger business run through limited companies is going to have a good time. Onshore corporation tax growth (that's everything but oil, which is the offshore figure) is set to fall in real terms, although not by as much as last year.

However looked at though, Osborne intends to give big business an easy time of it over the next decade whilst making heroic assumptions on the profits to be made by the self employed and significantly increasing the taxes that will be due by the 25 million of so people on PAYE in the UK.

That's the story of the budget he does not want to tell. That's the reality that the figures tell.