This chart was issued by HMRC this morning: 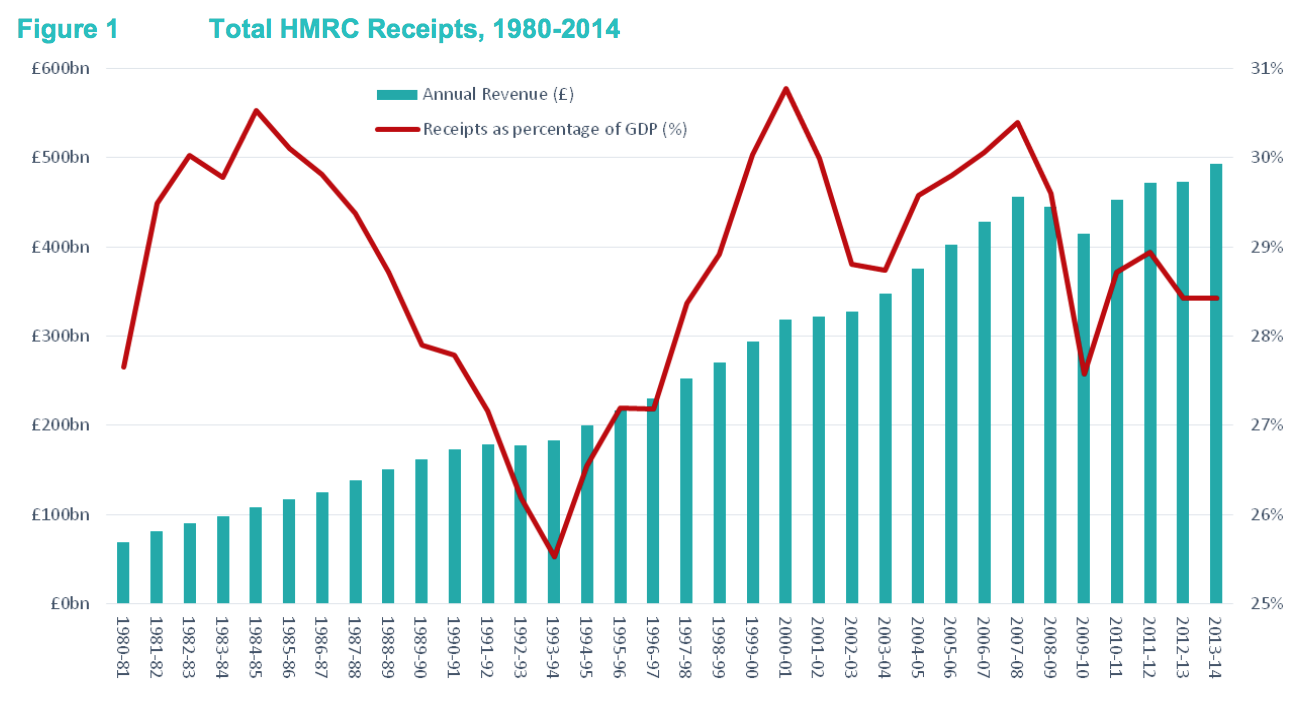 As was this table (which I would have preferred over a long time period but have not had time to create, as yet):

First,  we are not being overtaxed at present. In fact,  it is fairly obvious that the economy's capacity to pay tax is not being exploited, despite the deficit.

Second,  the benefit of that is not being evenly spread.  As the comparison of the 2013-14 data with the average data for 2004-2014 shows, income tax yields have fallen (and that is almost entirely at the top rates),  as have corporation tax yields, whilst VAT is risen.

The conclusion is obvious: those who already suffer the highest overall rates of tax in the UK (who are not the top 10% of taxpayers) will have seen their tax burden increase under this government whilst those at the top are seeing them fall, which fall is creating a shortfall in government income which is then being used as an excuse for further austerity, which is harming those least well off in our society.

And for those  who think that the best off in the UK pay the most in tax as a proportion of their income, think again: 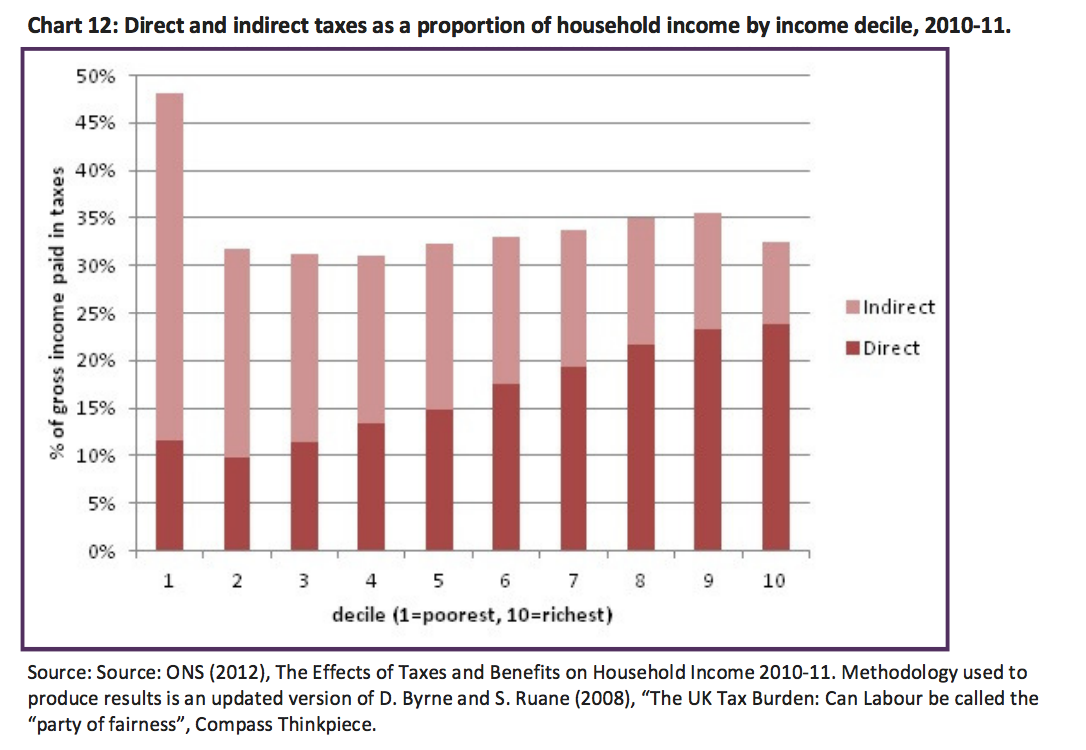 The tax system we have is unjust, and that is an increasingly obvious trend, as this table on income tax receipts makes obvious:

Some are having a good time. Most are not.