The Autumn Statement is this week - on Wednesday, at about 12.30. I will, as usual, be discussing it on Radio 2 very soon after the Chancellor has sat down, but it's always worth thinking about the background in advance.

Here is what George Osborne said his borrowing forecasts were in June 2010:

For the record this was his growth forecast: 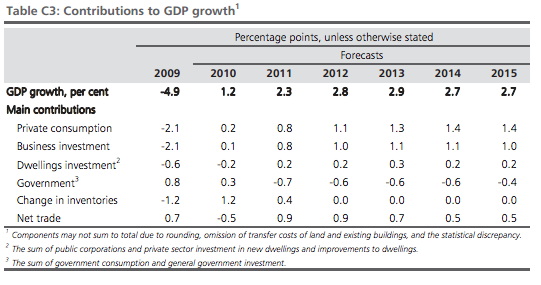 I stress: I do not think growth and borrowing the most important economic criteria, but George Osborne does. For that reason I focus on them.

There are the out turns, taken from ONS data issued in the last fortnight in the case of borrowing and from the Treasury Pocket Book and OBR over various years for other data:

Growth is down over the vast majority of the period - even if moving towards target now, but without impacting most people.

Debt is over £160 billion more than forecast, and rising this year when borrowing is going to overshoot the forecast in 2010 by more than £60 billion.

As disaster stories go this takes some beating.