The most important single word in Dvid Cameron's speech yesterday was 'if'.

His whole promise was based on tax cuts if the deficit was cleared.

His government promised to clear the deficit in 2010. This table is from the Osborne budget for that year: 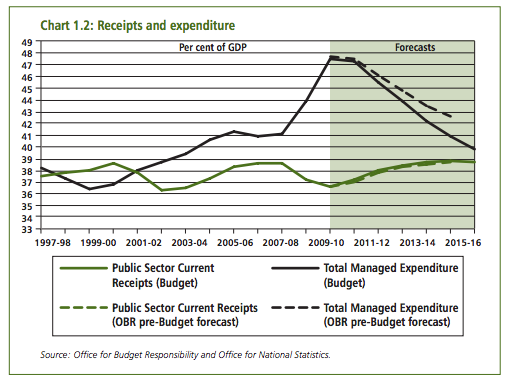 Spending was going to fall. Revenues were going to rise. We'd now be approaching the promised land of the balanced budget and the tax cuts that would have guaranteed re-election.

That hasn't happened. We're now being promised tax cuts on the basis that the budget will be balanced by 2020. This table comes from the latest Office for Budget Responsibility analysis of the impact of the financial crisis: 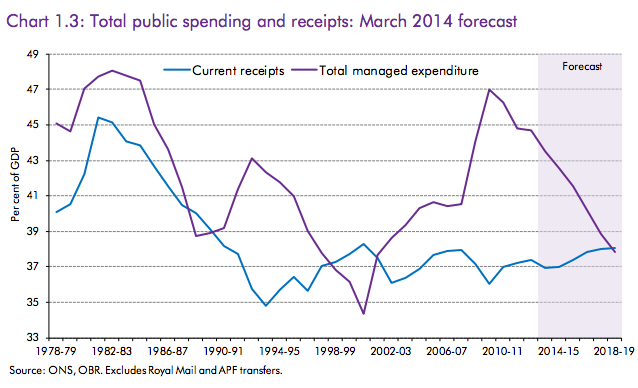 The cuts in spending have not happened.

The increases in revenue have not occurred.

The forecast for this year is already very spectacularly wrong: tax receipts will not increase by anything like the 6.5% forecast (as I have long foretold) and the deficit is likely to increase instead of fall.

And the whole deficit reduction plan on which basis tax cuts are promised depends upon cutting spending now and not on tax rises. This is from the OBR, again, and shows required cuts over the next few years: 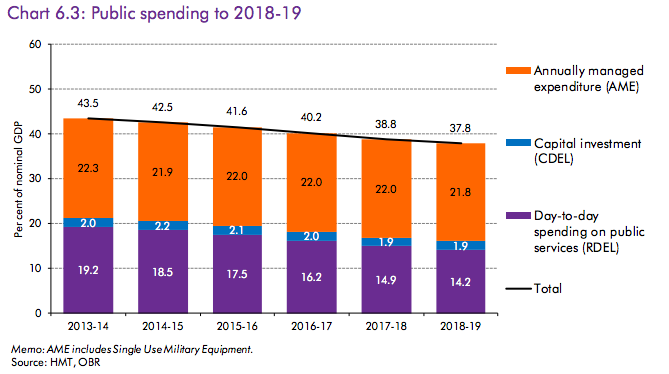 The fall in the deficit is dependent then on the government doing the nigh on impossible then of cutting spending, dramatically. In five years it has not done that. It has been vindictive. It has imposed considerable stress. It has sacked thousands of highly valued people. It has reduced essential services. But it has not made major inroads into spending levels once the impact of the immediate aftermath of the crash self-corrected itself (as these things do). But now some parts of government spending are to be cut by a quarter over the next five years to ensure tax cuts can be delivered if that goal is achieved.

So big I am quite confident this will not happen.

At which point "if" turns from a promise into deceit.