So it wasn’t Labour after all, according to the Office for Budget Responsibility

I have not read the whole review as yet, but the summary does in itself provide some telling narratives. Take this for example:

So it wasn't all down to Labour's mismanagement that it all went wrong then? Has Robert Chote, the OBR director, been in to see George Osborne and Danny Alexander to tell them that, very loudly and very clearly? He should, because the world should also be told that the 2008 financial crisis was not the consequence of government mismanagement; it was the consequence of bank recklessness. At least the report makes it clear that is the case. I hope Labour trumpet the fact loud and clear because the data just does not support the claim made of their economic track record, as these tables show: 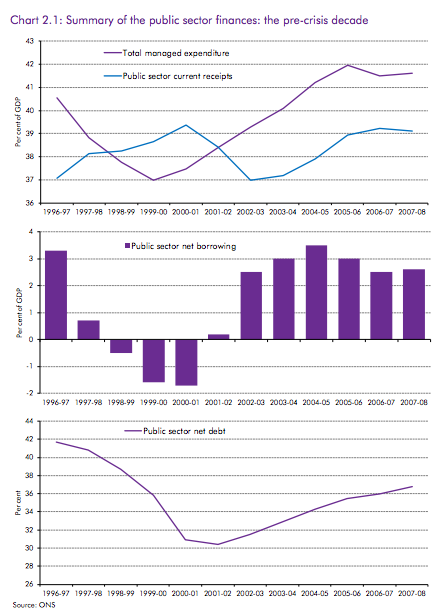