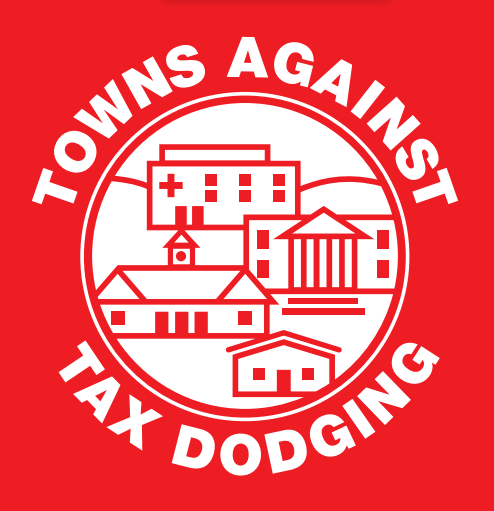 Big companies are getting away with dodging billions in taxes, both here and overseas. But, weâ€™ve got a really good opportunity to change that.

Politicians are deciding their priorities right now. In the autumn when they meet for their party conferences they'll be going public on their priorities for the election. We need to take action now.

Our challenge is to get as many towns as possible to take a stand and become part of the Towns Against Tax Dodging Campaign.

As they add in their campaign pack:

In our communities we depend on vital public services such as schools and hospitals. In poor countries such as Zambia, where two out of three people live in poverty, tax-funded services mean the difference between life and death.

Council cabinets debate and vote on motions to declare support for an issue. If we get councils up and down the UK to pass a motion on tax dodging, it will send a powerful message to our leaders that we demand change.

So, they ask that campaigners get their local authority to support a motion for tax justice.

I think that's a really good idea, but as I discovered at the Green Party conference on Saturday, there are councillors who would like to do this but are really not sure what Action Aid want because the one thing that is missing from the pack they supply is a draft motion that they might adapt for local use if, as is common place, local council standing orders do not allow an issue to be considered unless it ha particular local application. Nor is there a motion that demands action rather than just support. This is, in my opinion, a pretty big gap in the ask for a number of reasons.

First that means local campaigners and local councillors, who may not be experts on this issue, have to do the hard work of actually drafting the demand. Second, this means some issues may not be covered. Third, there's a risk that what's offered may not be acceptable as a motion in many councils since, as I have gathered from just a quick review of the standing orders of some of these councils, motions that do not relate to the local area and issues over which the council has authority to act cannot be accepted for discussion or adoption in many (if not most) authorities and the form in which Action Aid ask for a motion might fall foul of that requirement. The one thing that any local authority tax justice motion can only make reference to, quite obliquely, is the impact of this issue on developing countries.

Now I would stress I am not a local authority expert, and the standing orders of local authorities on how motions may be drafted and presented for consideration will vary from place to place, so it's not possible, I suspect, to offer a 'one motion fits all' option on this issue, but I reckon a starting point on what such a motion might say is important, so I have drafted one that is available as a word download here.Â It's also available to read here. I hope it might be capable of adoption by a range of councils, although that might be optimistic in the case of parish councils.

The aim of this motion is broad, but is completely locally focussed, always linking what is asked for to the supply of local services for which the council is responsible or the economic and social interests of the community it serves. It also explicitly notes the action that the government has taken on this issue, which may not be very robust but which provides a clear and obvious precedent for any council to follow, which largely eliminates their legal risk from doing so, and as such overcomes a major obstacle to putting any policy in place.

The motion then goes on to make a specific list of demands with regard to procurement, the use of theÂ Fair Tax Mark in that process, the creation of a Fair Tax Area (which might, I admit, involve promotion of theÂ Fair Tax Mark amongst local businesses), support for HMRC and other bodies, including NGOs who seek to tackle tax abuse, and perhaps, most importantly, a requirement that those considering pension matters on behalf of council employees take tax into consideration in their decision making process.

This, I think, is a deliverable motion of local interest that does, however, link tax in a locality to its wider and international dimensions and is as such a motion that councillors could table at a meeting of the authority of which they are a member and seek publicity for.