I have already mentioned the political furore slowly developing over HMRC's bogus claims of compliance tax yield this morning, but I also think it important to point out that the claim that this is increasing also has inherent problems within it.

My evidence is from HMRC's 2013/14 annual report. The first claim I want to refer to is this:

Then there's this on compliance yield: 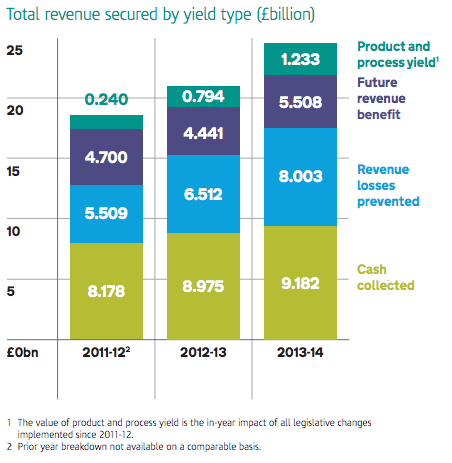 HMRC have a weird idea of trumpeting success that is no such thing. It may be better off actually investing more in getting the job done by employing a lot more staff to close the tax gap.

NB: My new report on the UK tax gap is out on 23 September.