HMRC really do not want to collect corporation tax

I have mentioned this week that corporation tax is being turned into an honesty box tax. This is an obvious conclusion from the work in my new report 'In the Shade: The UK's Missing Economy'. But it's also the obvious inference of HMRC's massively lax regime for collecting corporation tax.

As a result of publishing the report I was told that I had actually over-stated how well that system is actually working. What I had not realised is that if a company fails to reply to an initial enquiry from HMRC as to the nature of its trade on a form that has absolutely no statutory basis and no penalty attached to it for non-submission then HMRC now assume that the company is not trading and decide as a result not to send it tax returns for five years. This seemed almost too absurd to be true until I was sent this letter as proof that this is the case: 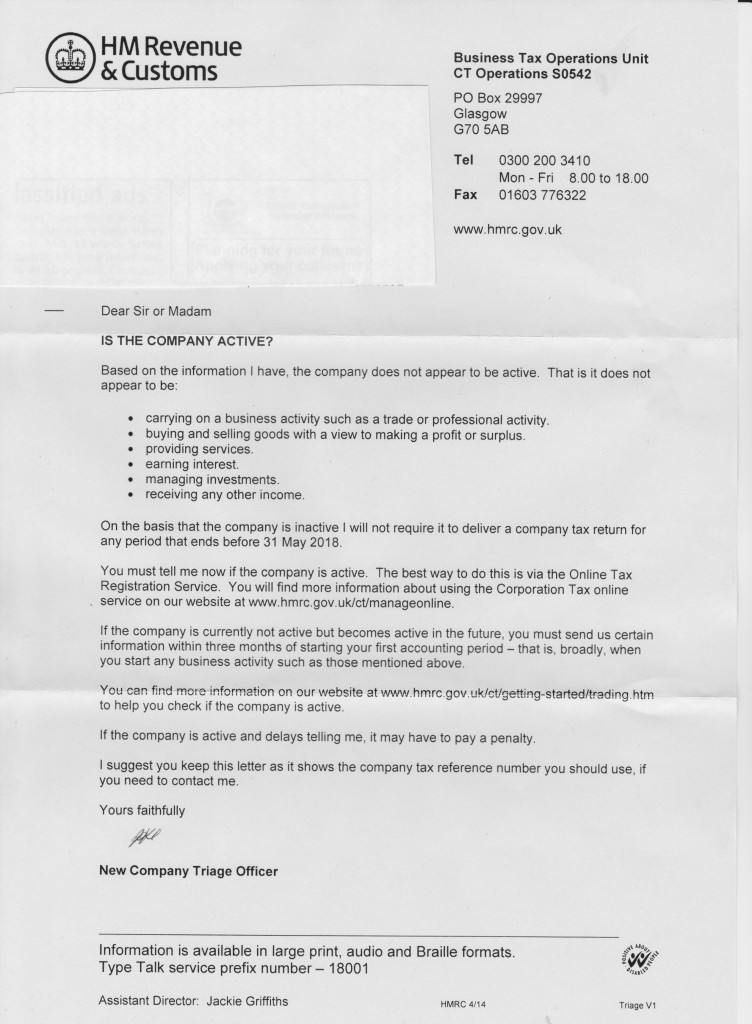 I gather this was sent to a company less than a year old that had not filled in the form I refer to - called a CT41G. But the recipient was shocked, not least because the company is registered for PAYE and has been paying PAYE over regularly and yet HMRC apparently have no information that the company is trading.  Nor does it hide its location for PAYE and corporation tax at different addresses: the registered office is the place of business. The result is that despite HMRC having evidence in its own systems that this company is very clearly trading HMRC corporation tax division has no idea that this is the case and as a result has no intention of asking for a corporation tax return. The situation could not be more absurd than that.

One comes to three inevitable conclusions:

The first is that HMRC information systems are dire and in need of massive investment, including in people to use them.

Second, to solve the problem of not getting corporation tax returns HMRC is now intent on not issuing them.

Third, HMRC does not want to fulfil its statutory obligation to collect tax from those who owe it.

At this point the time to replace the senior management of HMRC with those who are dedicated to collecting tax has arrived. Which political parties will commit to doing so, I wonder? I will not be holding my breath.