Attached to some version so the tax tribunal hearing decision that ruled that Chris Moyles had unsuccessfully sought to avoid paying tax was this diagram which shows what supposedly happened: 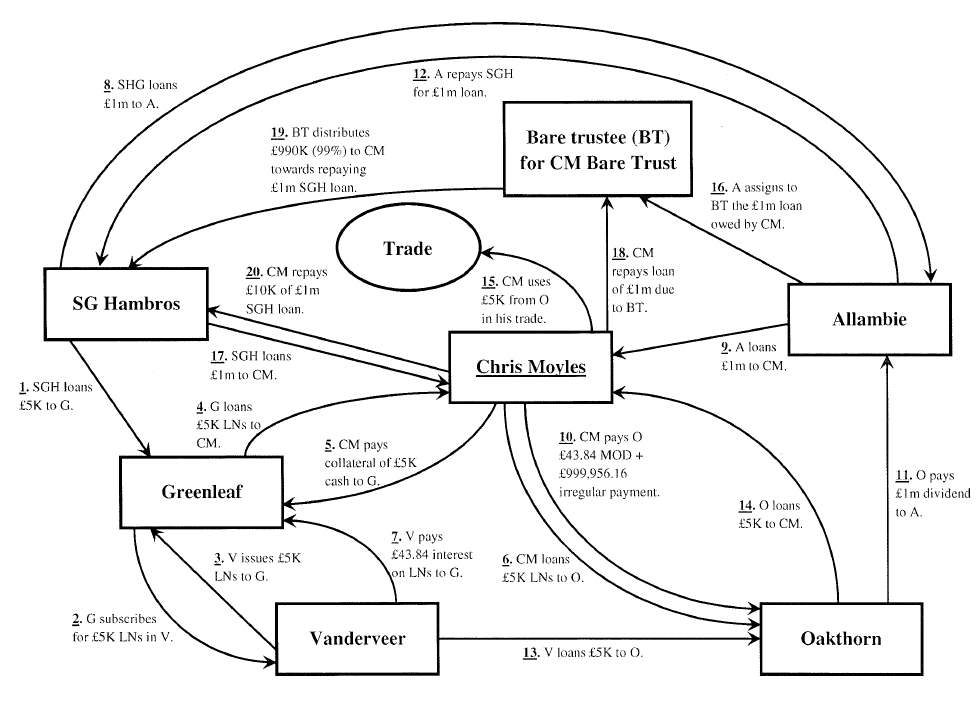 The supposed trade in cars is right in the middle. The Tribunal ruled there was no such trade.

All the rest are arrangements to create a massive supposed fee for arranging a loan - a fee of £1 million in this case.

The 'bare trust' and its 'trustee' (a functionary in the words of the ruling) were in the Channel Islands, clearing doing nothing more than lending their name to a sham arrangement.

The weirdly named boxes are all British Virgin Island companies.

The aim was to create what was called a manufactured dividend on a loaned stock which, it was claimed, was greater than that due if a dividend had been paid and so was a fee for arranging a loan (here £1 million) that was then, it was claimed, capable of offset for tax against trading income.

It was ruled there was no trade.

It was also ruled that there was no manufactured dividend as the payment made clearly did not relate to any reasonable dividend due.

And it was ruled there was no right to tax deduction on the supposed fee.

At every level the scheme failed. But the diagram shows the lengths such shenanigans go to. I doubt Moyles had a clue what was going on, but I do suspect, very much that he knew what the aim was.