Many are saying on this blog and elsewhere that the arrangements in the Moyles case were tax evasion, not avoidance. I think what the case actually proves is how meaningless the distinction between those two is, and how nebulous the concept of legal tax abuse has become. As I have already said, an alternative approach to the creation of deliberate tax risk is now needed.

What is do think useful is to share the key paragraph of the decision, which is as follows: 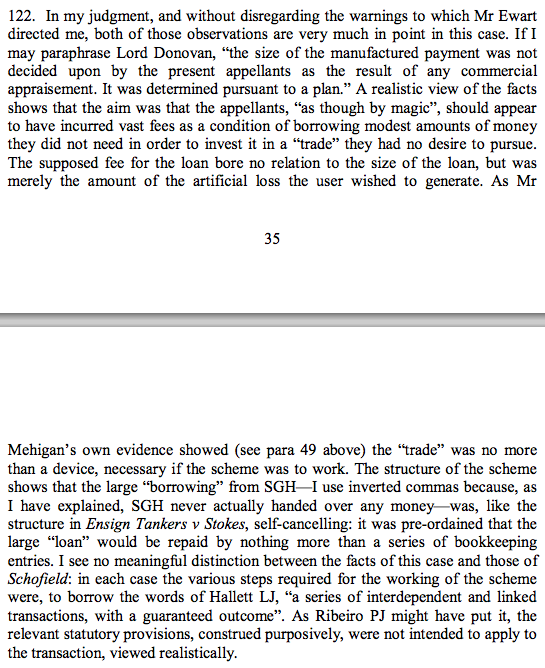 I think when a decision involves the phrase "as though by magic" the Judge is getting as close as he can to saying this scheme has crossed a boundary. That may be one of credibility. It may be something more. He did not say.

What I say is that even if the General Anti-Abuse Rule would have dealt with this case the fact that it has no penalty provisions within it renders it useless to deal with the consequences. I argued for such penalties throughout my involvement with that rule.

I also argued for a broadly based general anti-avoidance principle based on motive and not outcome. This case proves the need for that.

And I say the time has come to say that the creation of tax risk with the intent to avoid a tax charge should become a crime.

It's time to get real on this issue.