This is just out from the Treasury: 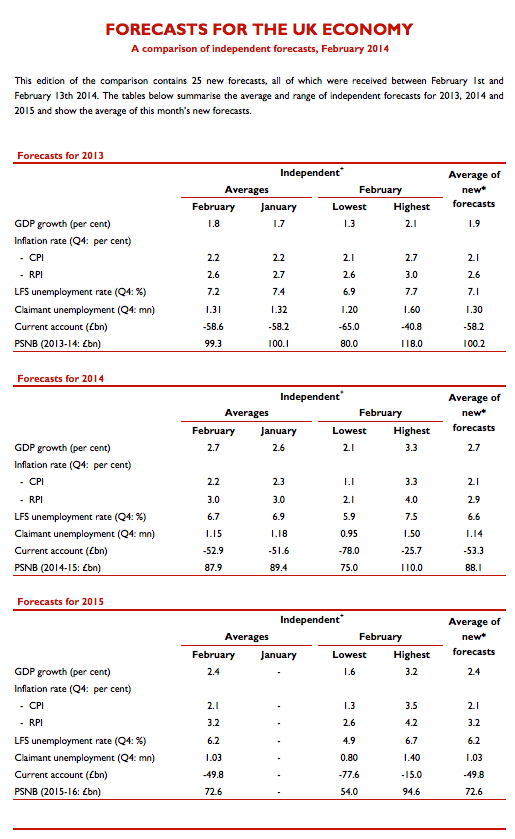 This is the data on which Osborne hopes to fight the election. Growth, he hopes will follow these 25 forecasts and be up in 2014 to nearly 3% - at or above long term trend rate.

He'll ignore the fact that the same people think it will fall in 2015.

He'll claim inflation is under control based on his preferred measure, which is CPI.

He'll ignore the fact that RPI - which impacts most of us more obviously as it measures what we buy - will be higher and way above wage settlements so that growth will not in any way "trickle down".

He'll ignore the inevitability as a result that the forecast new jobs will have to be on poverty wages, or the equations do not work.

And he'll try to sweep under the carpet the fact that he has not addressed borrowing: his austerity simply has not worked, as some of us said it never could.

The narrative for the election is now set. What's very clear, from the perspective of this blog with its focus on those outside the economic elite, is that forecasts show there is no hope of change for them when that hope is needed.

The issue is how hope for most can be provided and what is apparent is that the status quo will not deliver it.