UKIP is wrong: 18p in the tax pound does not go on servicing government debt

UKIP has claimed that:

18 pence in the pound goes on servicing government debt.

This cannot go unchallenged. Total government spending in 2013-14 was expected to be according to the 2013 budget: 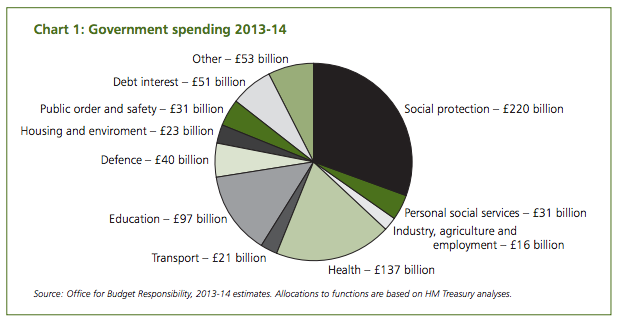 Income was forecast to be: 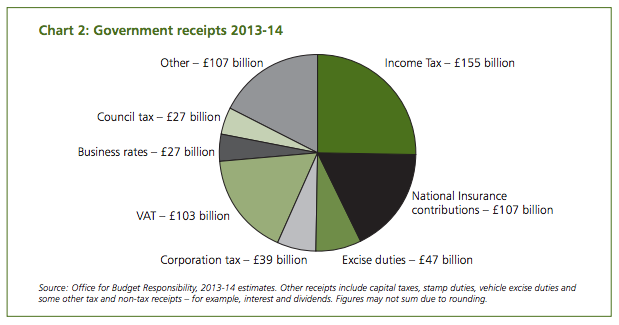 Now note that the cost of servicing debt is interest of £51 billion. If this about 1/3 is paid straight back to the government as it owns about one third of all its own debt right now as a result of quantitative easing. That means the real cost is about £35 billion.

Now even if we say council tax, business rates and other income are not tax (although why is hard to work out; the pot works as a whole) there is still tax of £451 billion collected.

And let's be really generous and allow the gross interest cost, that's still only 11p in the pound. But with total income taken into account and the net cost of interest actually used it's just 5.7p in the pound.

There is no way on earth the UKIP claim can be justified by any reasonable use of data.