There are times when I despair of the left and supposedly left wing think tanks. My current despair is the result of work by the Policy Network which says of itself:

Policy Network is a leading thinktank and international political network based in London. We seek to promote strategic thinking on progressive solutions to the challenges of the 21st century and the future of social democracy, impacting upon policy debates in the UK, the rest of Europe and the wider world.

In that case it's little surprising to find that it has today published this: 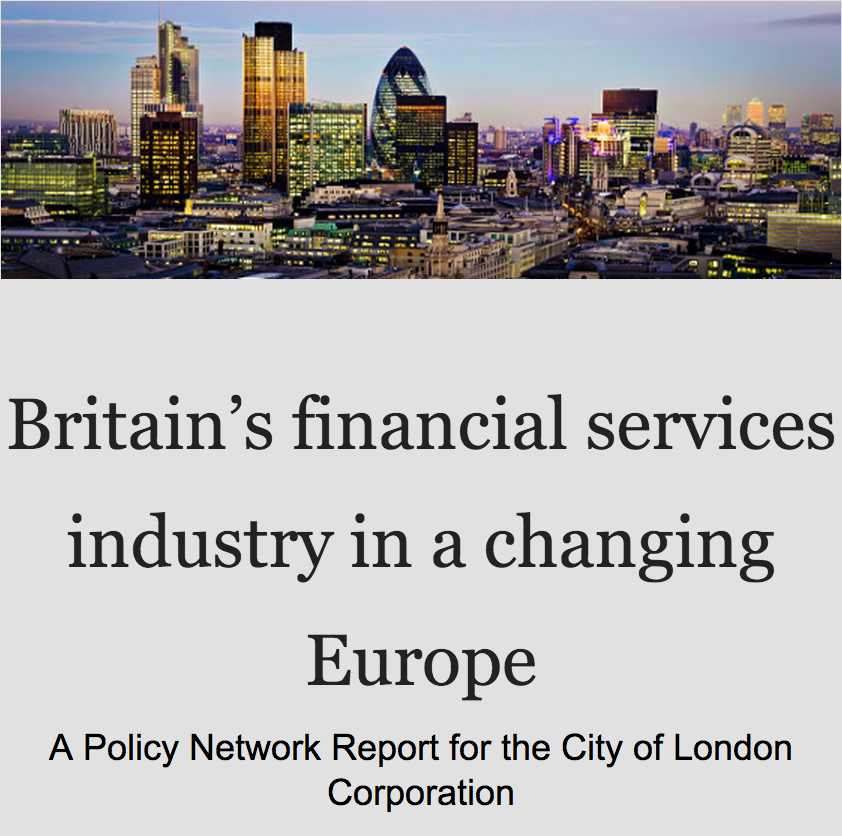 The report is quite extraordinary. It is nothing more or less than a puff for the City - who very clearly have funded it.

There is not a single mention of the City's role as a tax haven in the report.

Nor is there any hint of a link with the Crown Dependencies or Overseas Territories.

It's secrecy and unaccountability gets not a mention.

That it trashed the economy in the pursuit of global capitalism is ignored.

A hostile approach to the financial transaction tax is adopted.

The City is described as a force for good.

It is said that mechanisms used to force down wages, reduce worker security, strip tax from the UK and increase the wealth divide such as "private equity, venture capital and investment funds are of particular relevance in today’s context of capital shortage and the need for a more innovation-based economy".

All in all its a perfect example of a left wing sell out and might suggest exactly why the Labour front bench has risen to almost none of the challenges that their Treasury team should have faced, leaving them trailing in the wake of the Tories with policies that are a pale imitation of what Osborne is proposing.

I look forward to a resounding condemnation from Labour.

I'm not expecting to hear it.