My report on the incomes of the self-employed in the UK, published this morning, provides a remarkable insight into the differing fortunes of the 1% or so in the UK economy and everyone else.

From 1999-00 to 2010-11 HM Revenue & Customs have published data on the income of the self employed split into fixed income brackets. The data is summarised in the report like this: 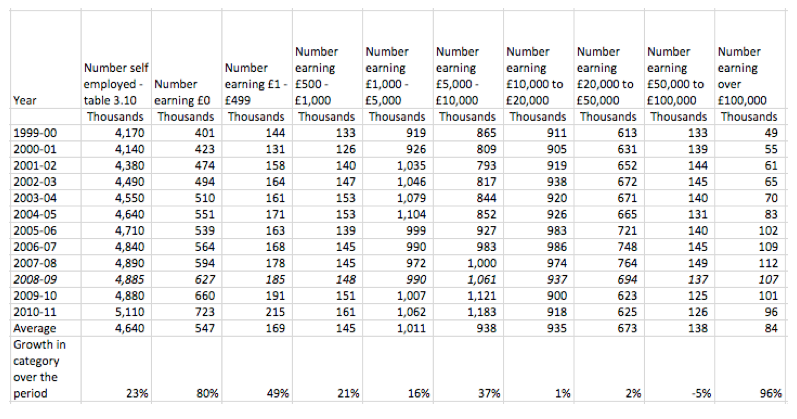 Now of course the significance of the bands changes a little over time with inflation, but what is immediately obvious is that the growth in the number of self employed people has occurred almost entirely at the bottom of the income range whilst those earning between £10,000 and £100,000  has fallen slightly, but with those earning more than £100,000 seeing their numbers increase dramatically (Note: HMRC did not publish data for 2008-09; data for that year is an average of the years either side).

The difference in fortunes is stark: if the incomes of all self employed people is considered this is the average over the period stated in the value earned at the time earned: 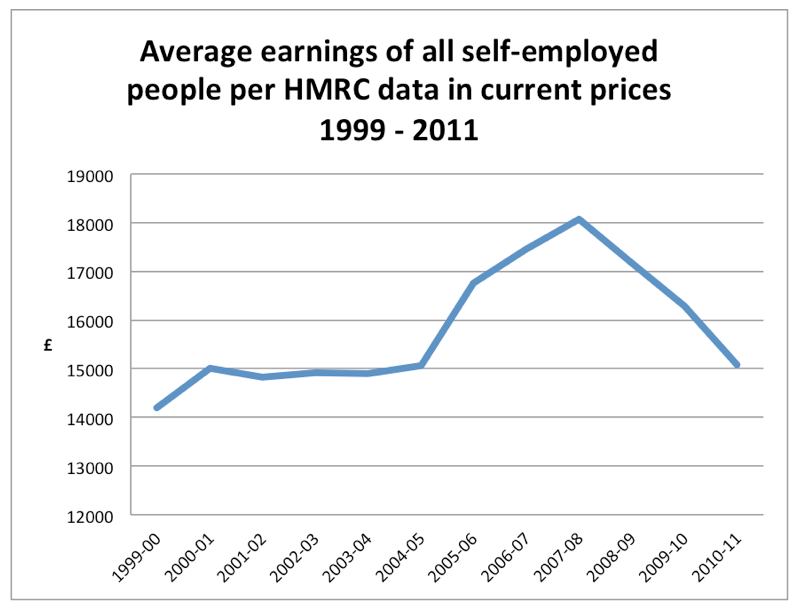 This, however, is seriously misleading. The income of those over £100,000 when average looked like this: 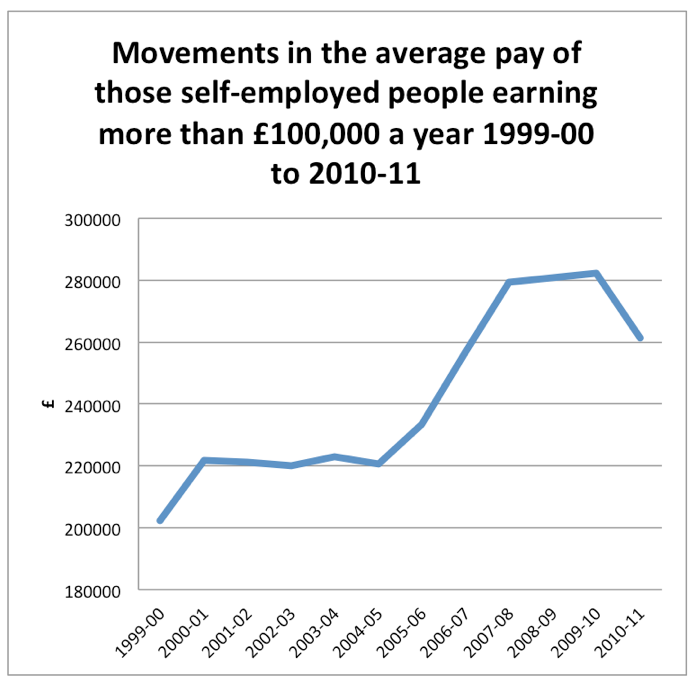 And the average income of those earning less than £100,000 did this when expressed in current prices of the period: 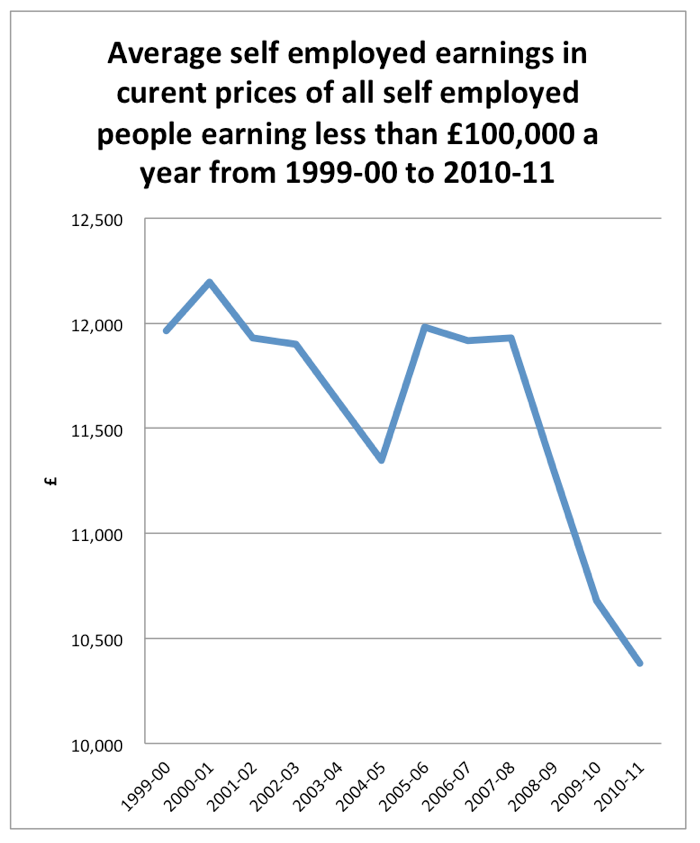 Inflation adjusted that last graph is more stark: the fall is much more steady: 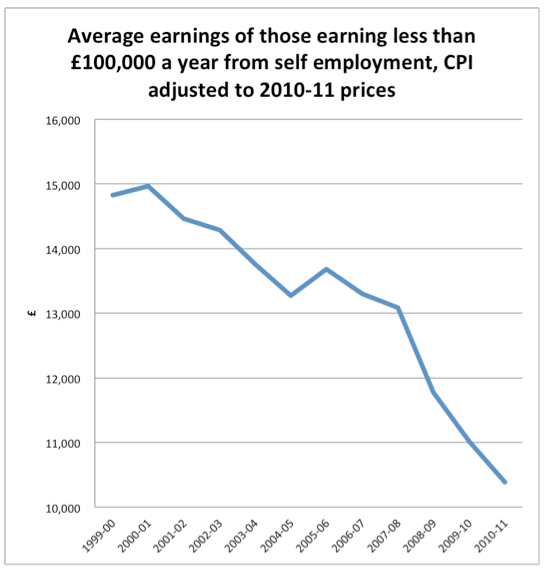 Now admittedly, when only those saying that their main source of income is self employment are taken into account the pattern changes again (as shown here) but the fact is that however this data is looked at (and I have looked at it many ways, as the report shows) the trend is consistent. Those earning less than £100,000 a year form self employment have seen their fortunes fall over the last decade despite the numbers involved being at least constant whilst those earning more than £100,000 have seen them rise considerably (albeit with some falling off since 2008) and since patterns of incorporation have not changed radically since about 2003 (although it remains popular) this is unlikely to explain the change.

There are three stories here. One is of a small number enjoying considerable good fortune. The second, as the full time data shows, is of those on middle income facing tougher times and third is of very large numbers of people making very modest amounts from self employment at best.

That's a tale for modern Britain.