I had a phone call with Centrica's finance director yesterday, followed by a mail. This followed my suggestion in a blog yesterday that:

And this brings me to my second point: we have a regulator for energy who does even have the gumption to demand that these companies produce data fit for regulatory purposes that they put on public record. So even a company like Centrica that owns British Gas does not reveal enough UK data in its accounts to show just what it makes in this country, making a mockery of its name.

Nick Luff from Centrica said I was wrong, saying in his mail that:

As discussed, can I refer you to page 37 of our 2012 annual report which shows the split of our pre-tax profits and tax charge between the UK and the rest of the world.  You’ll see that our effective tax rate in the UK is 40%, significantly higher than the normal corporation tax rate because of the supplemental tax paid on upstream oil and gas production profits.  The non-UK effective tax rate is even higher, at 60%, mainly because a significant part of the non-UK profits come from Norwegian upstream oil and gas production, which is also highly taxed.

So I went and looked at the accounts in question and this is what is said on page 37:

So there we have a profit figure - albeit a fairly selected one and not for the group as a whole, which includes discontinued operations, of course. We even have a tax figure. But before we get too excited this figure is not audited. The auditor's report says:

Page 37 is not covered in that case.

But let's be clear: what the auditors are saying is that they have only looked at but not audited the data on page 37. So it's not actually in the accounts as such, it's in the unaudited directors report. So my question to Nick Luff was why should I rely on this? He was surprised by the question, but I wonder why. After all, it is very clear that the directors think this data important and it is clear that they must use it for  management purposes and have it prepared for their use.

Now the very fact that data is reported fro the UK on page 37 says to me that UKL data is available in Centrica and is reported and therefore presumably used for decision purposes. This is also implied in the segment note in the audited part of the accounts which says: 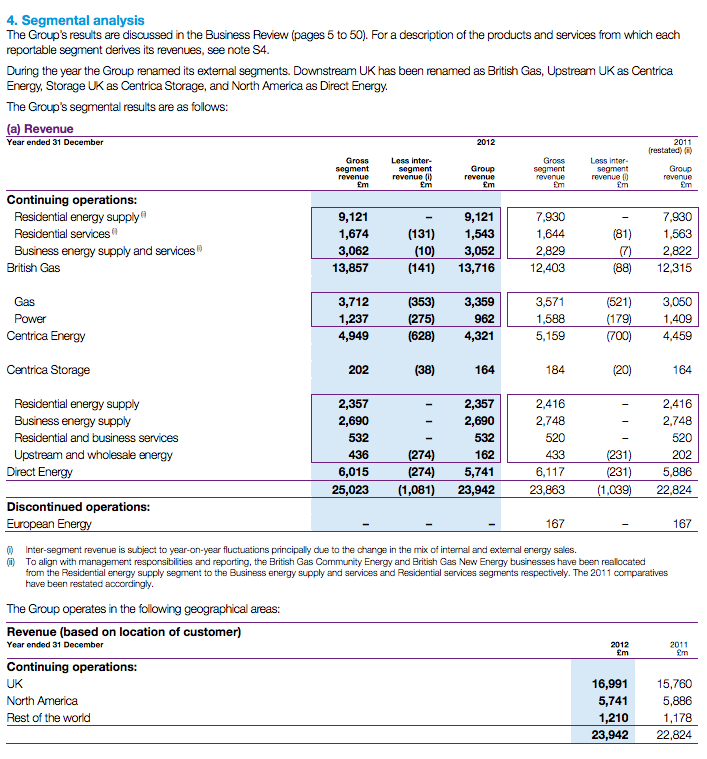 So everything but Direct Energy seems to be in the UK based on the narrative note at the top. European Energy is discontinued.

But the segment report on operating profit shows this: 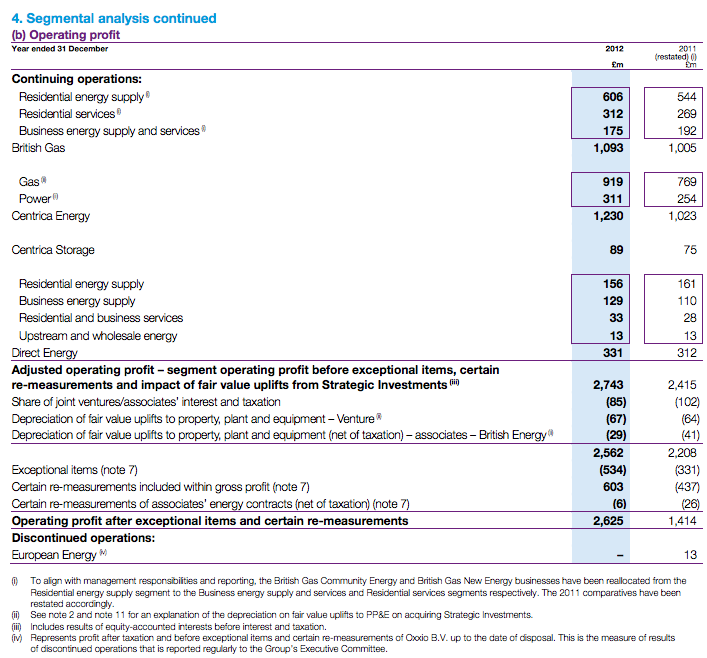 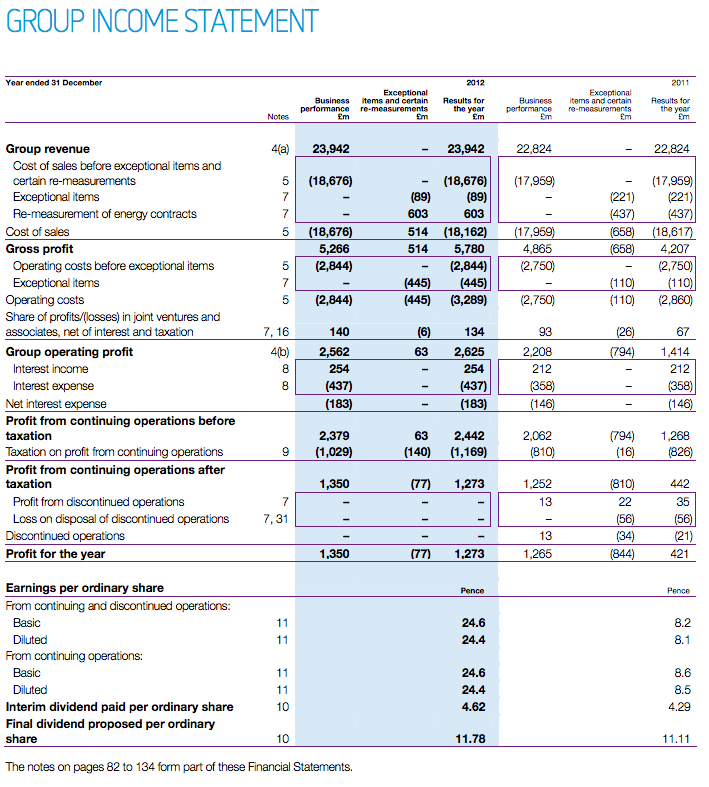 So do I think Centrica is telling me what I need to know about UK profits and tax? No, I don't.

Nor do I think its IFRS8 segment reporting is complete because I think it should be reporting the UK as a segment as it clearly has data for the country as a whole.

And the result of all this is that I think my claim is more than justified having spent some more time looking at this today.

But I promise - if Centrica want to tell me where I've gone wrong and why someone should spend several hours trying to answer such a fair question from their accounts, I'm more than happy to publish the explanation. But right now I also wonder how the auditors did not spot the difference either. But that's another issue.