The Jersey Evening Post has published a long article tonight which both defends and criticises the Channel Islands stock exchange.

Since they never miss a chance to publish a picture of me (I suspect I'm appearing at the rate of about once a fortnight over recent months) they stuck another one in tonight's article alongside one of my biggest fans on the island - Geoff Cook of Jersey Finance: 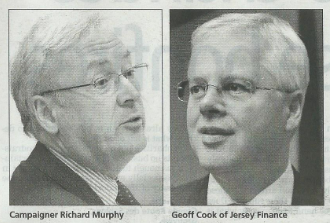 They then quoted me as follows: 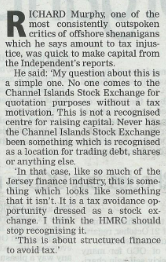 There's not really much I can add to that.

Nor much they can say that would suggest it isn't what I claim, not least because in the last week the Channel Islands Stock Exchange has been subject to considerable regulatory condemnation suggesting, to me, that no one would use it unless tax was the motive.

In that case why does HM Revenue & Customs recognise it as a proper stock exchange when much of this abuse could be ended if it stopped doing so?