Why won’t Labour say it ran a budget surplus and ask when the Tories last did?

Osborne has said he will run a government surplus is re-elected. If he does it will be a fluke.

There has been only seven years when that happened in the last 54 and only 4 were coordinated and planned, by labour, at the turn of the century.

Yes, they ran a surplus when the sun was shining. What baffles me is why they won't say so: 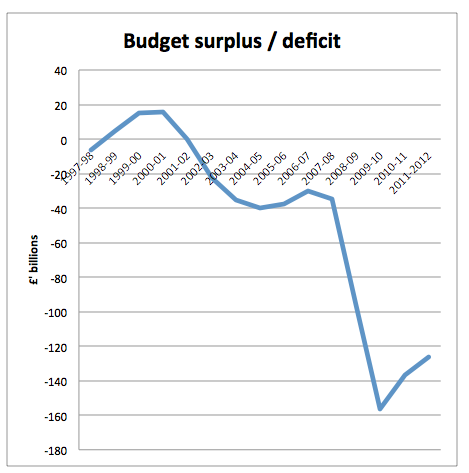