The Office for National Statistics has been claiming that their recent work on household incomes shows that:

However, as they also say:

This was driven partly by earnings falling for higher income households and partly by changes in taxes and benefits. These changes include an increase in the income tax personal allowance and changes to National Insurance Contributions and Child Tax Credits

Well, this is partly true. But there's another issue which is this. Look at the distribution of income by quintile (that is 20% banding): 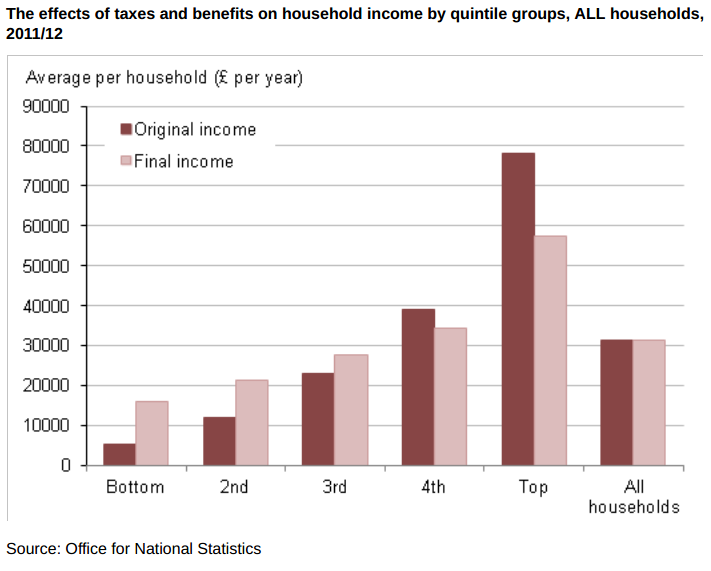 But, and it is a massive but in this case, whereas the data for the first four bands is in a sense reliable because they have upper and lower boundaries the top quintile is a wholly unreliable view. It includes households well below the top rate tax band, and those earning millions. In the process this data hides a fact, which is very convenient to the government and which no doubt influenced the ONS headline writers, which is that within that  top quintile there will be many who will have seen income fall - either because of public sector pay freezes, or cuts in child benefit or because private sector pay is sluggish, but that ignores the fact that for many right at the top the picture is very different indeed. They are seeing income and asset worth rising considerably and despite that this group pays lower tax overall than the lowest grouping.

That is what is so stagering about this data - and the way it has been represented. Britain is not becoming fairer. What is happening is that for well over 90% of households life is getting tougher and yet for a few it is astonishingly good - and lowly taxed.