Jersey says “don’t blame us – we’re only little”. Is that why there’s Â£1.2 trillion hidden there?

Jersey's excuses for its tax abuse really are pathetic. This comes from their report published today:

Jersey is a significant player in the offshore market although its footprint is nowhere near as large as the likes of Luxembourg, Switzerland or the Cayman Islands. Its scale is reflected in the mix of jobs and businesses found on the island. Financial and related businesses dominate, and account for a quarter of all jobs and two-fifths of economic activity. But this level of specialisation in a certain sector is not unusual in an economy with only 55,000 jobs; indeed, it would be quite typical among British local authorities of a similar size.

So excuse one is "don't blame us, we're only the small kid on the block". Well that's not true. According to the heavily state subsidised Jersey Finance: 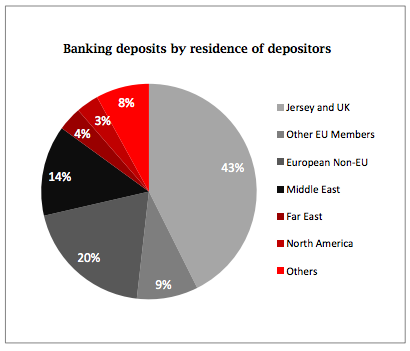 As arguments go on scale, this one is pathetic. As the TJN's Financial Secrecy Index shows, Jersey accounts for about 1% of global finance: that's not tiny however looked at.

As arguments for comparability go this one is worse than that: indeed, if we're talking comparability, some have said Hull's not the most attractive place in the UK (a little unfairly - it's Deep museum is brilliant) but it's not a cesspit for international tax abuse.

This claim is drivel, like the rest of the report.

Update: I now realise that the Jersey Finance stats to which I referred are misleading. The report itself says:

It would be good to know how the bank figures are reconciled: they're glaringly at odds with each other, undermining all the data claimed. But it also means I can update the title of this blog.