The FT’s finally caught on to the fact that the Netherlands is a tax haven: better late than never

In 2006 I co-authored a report with two Dutch colleagues. The message of the report was pretty clear from the cover: 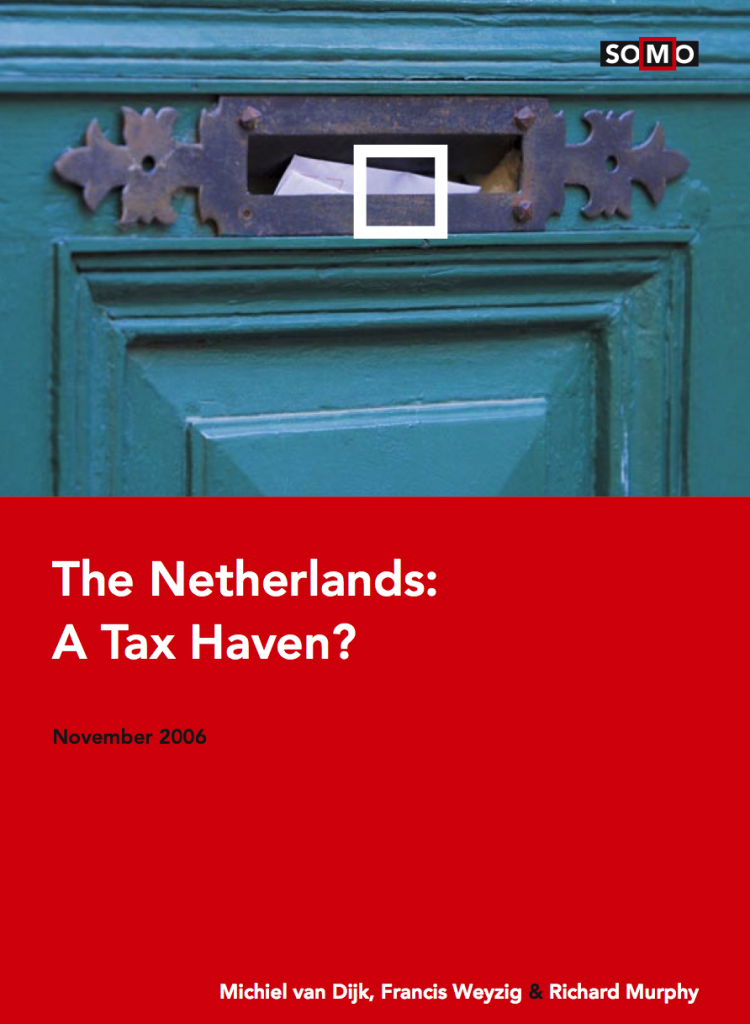 The report was a big hit, in the Netherlands. It was discussed in the Dutch parliament, was a shock to many as it was just about the first time such a thing was said by a Dutch NGO, and has led to ongoing debate continuing to the present.

This morning the FT says:

The Netherlands has 23,000 ... “letterbox companies”, managed by 176 licensed trust firms. These companies attract huge flows of money, making â‚¬8tn worth of transactions in 2011 — 13 times the country’s gross domestic product.

They conclude that the Netherlands is now embroiled in political debate on this issue. It's good to see the FT is catching up, at last.

Even better to see agreement across the political left in the Netherlands that this now needs to be tackled.