The tax gap – disappearing as if by HMRC magic

H M Revenue & Customs has issued new figures for the tax gap. They look like this: 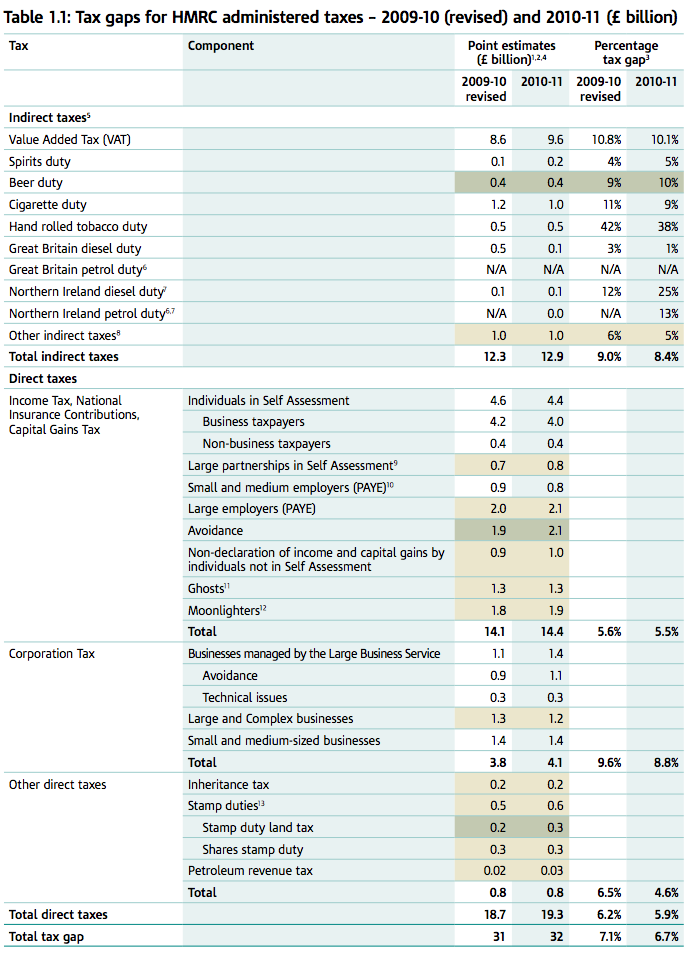 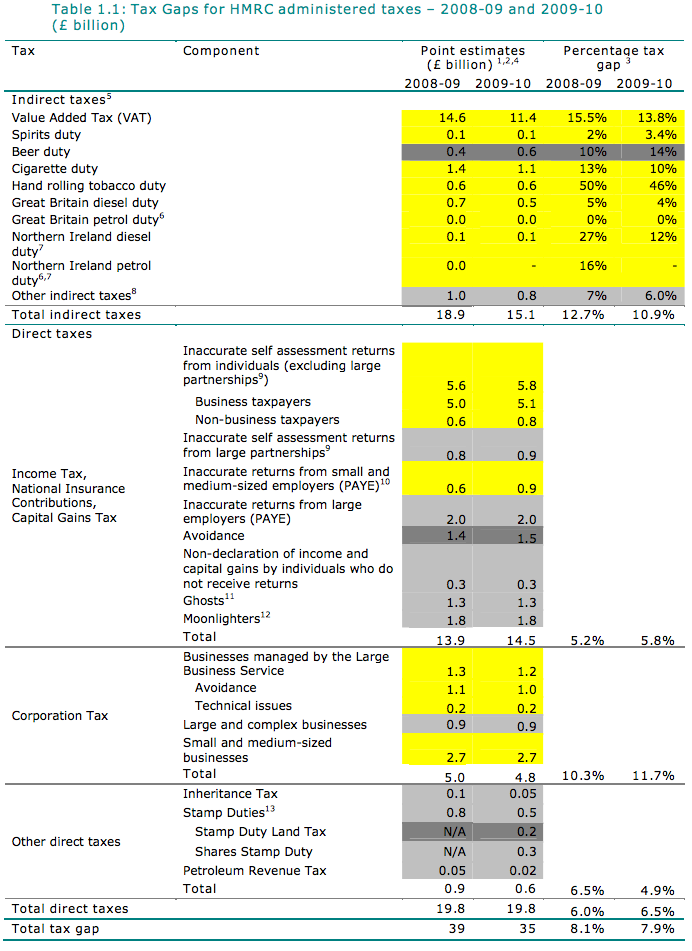 And in case of doubt, let's have the year before that too: 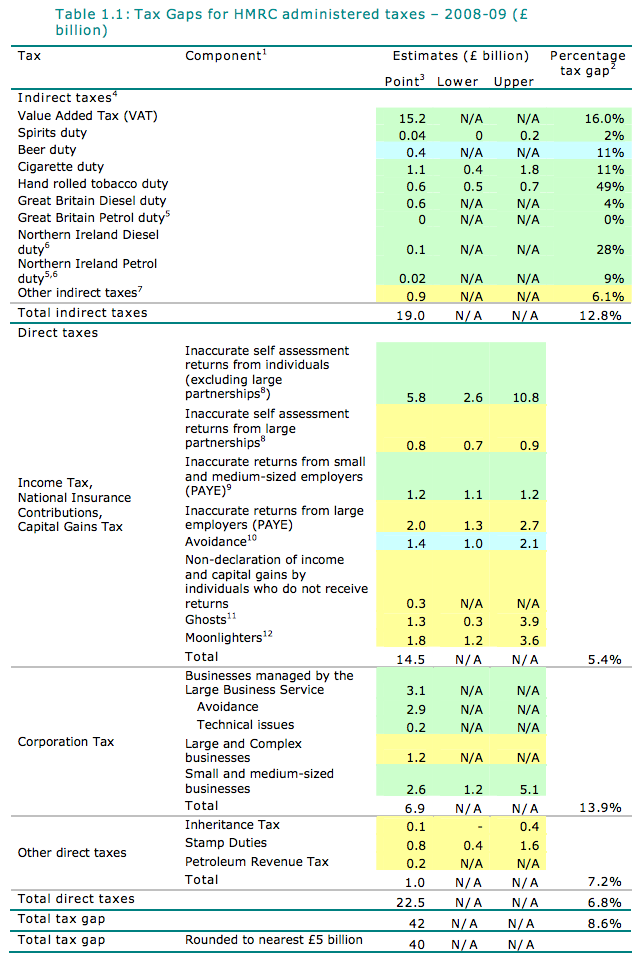 So, what does this tell us?

What does this say? Well, that over 3 years the tax gap has, amazingly, fallen from £42 billion to £32 billion and at least £7 billion of this is because HMRC couldn't get data right in the first place.

Or, and I apologise for being scurrilous, but given what they say about me I think I have a right to be so, candidly they're fixing this up to suit their own purposes as they go along.

If the changes in calculation were properly explained I might have problems saying that, but take this from the latest report on why recalculation has taken place:

The 2009-10 estimates of the VAT gap, and consequently the total tax gap, have been revised downwards by £2.8 billion. This is a result of significant changes to the systems, methodology and analysis used to construct the National Accounts, published by the Office for National Statistics (ONS). The impact of these changes resulted in downward revisions to total expenditure in all years back to 1997.

For 2008 onwards, the estimates were also revised due to the incorporation of new data sources. As the ONS National Accounts data are a key component of the VAT gap estimates, these changes led to a significant reduction in VAT Theoretical Tax Liability (VTTL) and hence the VAT gap.

Now let's think about that, shall we? The VAT GAP is a top down calculation: the only one we have. GDP has not been revised downwards, so what is being said is that the ONS has now realised that we spend much less on VAT chargeable items than before, meaning the gap between what should be paid and what is paid has fallen.

So apparently we consume more health, education and other public services that are not VAT chargeable (I have not seen the evidence in national statistics) or banking (no, I don't buy that either, but if so, show the data) or rent (in which case, please explain) or maybe the savings ratio has gone up a lot (which I doubt).

None of these issues are, I should note minor ones: these indicate the national accounts suggested major behavioural change not previously known about. Now, I admit I don;t follow the national accounts slavishly, but I've seen no one anywhere suggesting such a thing. Maybe HMRC would like to explain what they are.

In the meantime, I'm sorry to say the numbers just look like exactly what they are - inherently unreliable estimates that come nowhere near giving a true picture of what is going on.