The deficit is down by a quarter.

This is not true. No, that's being too kind to George. That's a lie. Here's the data based on budgets from 1998 to 2012 on the current surplus and deficit on spending on and total borrowing (which includes the cost of investment) for the last 15 years, plus projections to 2017: 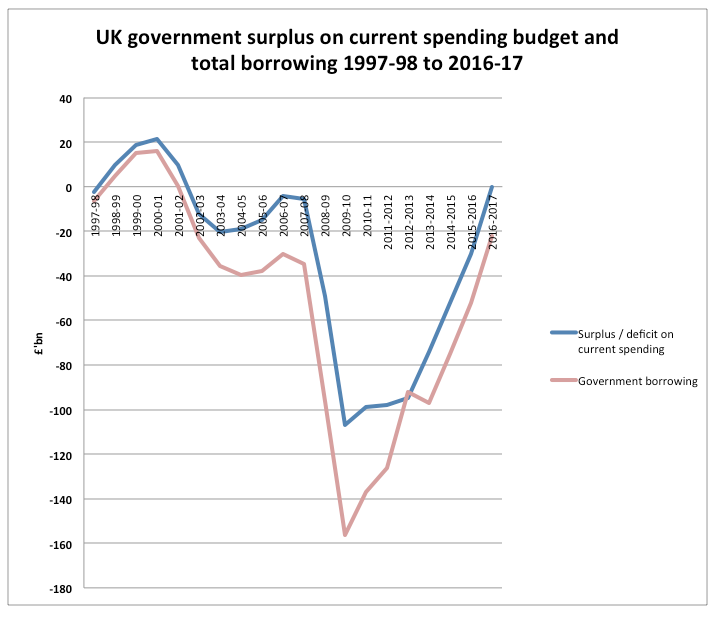 The deficit reached £156 billion in 2009-10. But that was because Labour spent to make sure that the worst impacts of the crash were beaten off by Keynesian policies that ensured that the economy was growing when they left office. 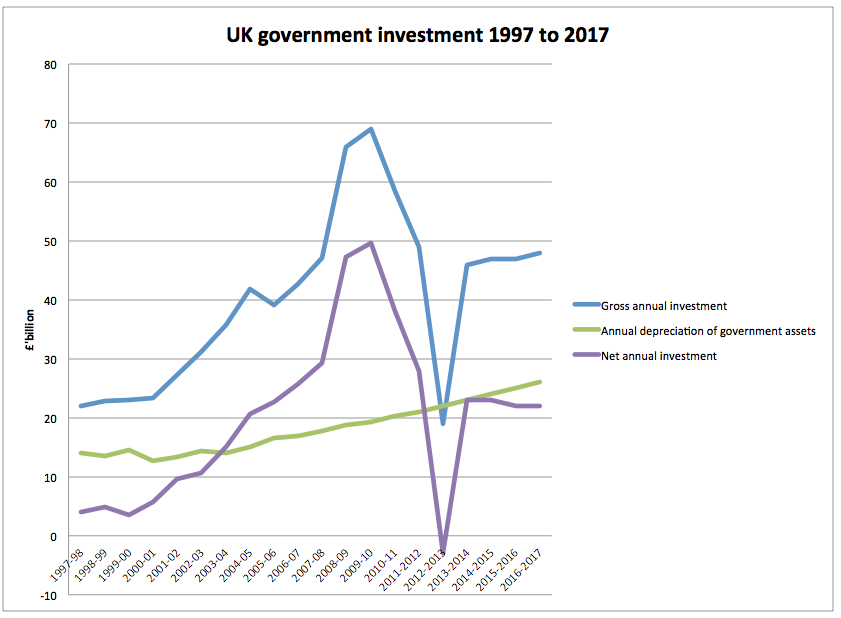 So, gross annual investment has been slashed by almost £50 billion to get borrowing by somewhat less.

And as a result we're in the longest double dip-recession in memory.

The truth is shown by the blue line on the top graph: Osborne has not really had any impact on the deficit at all bar stopping investment so that more than a million people have lost their jobs whilst jeopardising our future and denying us all the opportunity that almost zero percent interest rates have offered for the renewal of our country.

Not onlky in that case has George lied about his achievements, the achievement is to do nothing of value og a great deal of harm.

I wouldn't be shouting too loud George.