Innovations and Ideas in tax in the Netherlands

I'm in Appeldorn in the Netherlands this morning, about to go to speak, at the invitation of the Dutch Tax Authority on the Courageous State and the problems of taxing in the 21 century at a conference called Innovations and Ideas.

Odd to contrast that with the points I've just noted about Dave Hartnett: HMRC have turned their back on alternative thinking. It's good to see the Dutch have not.

My speaking style is always flexible: candidly I never quite know what I'll say when I stand up, and it's usually all the better for it. But this morning I have some notes and for those who read Mind Maps these are they. For those unfamiliar with the genre, start at 1 o'clock and work round each radius, starting at the centre and working out to the end and then start on the next one. Major themes are in different colours.

There are two maps, one follows the other.

To see larger versions just click on them. Neither cover the tax issues. That I'll do completely off the cuff. 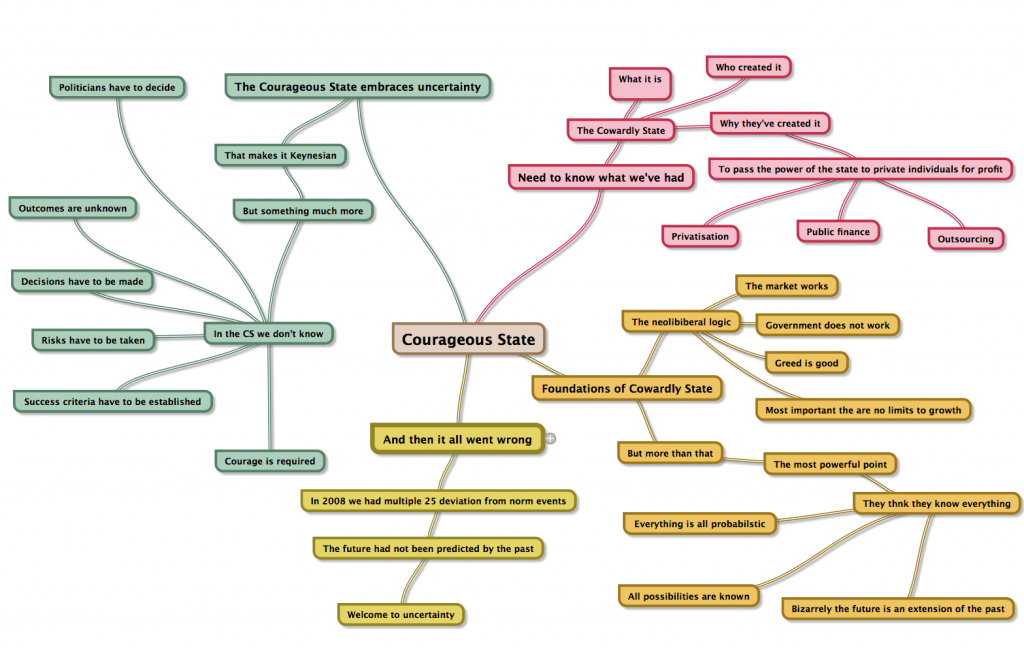 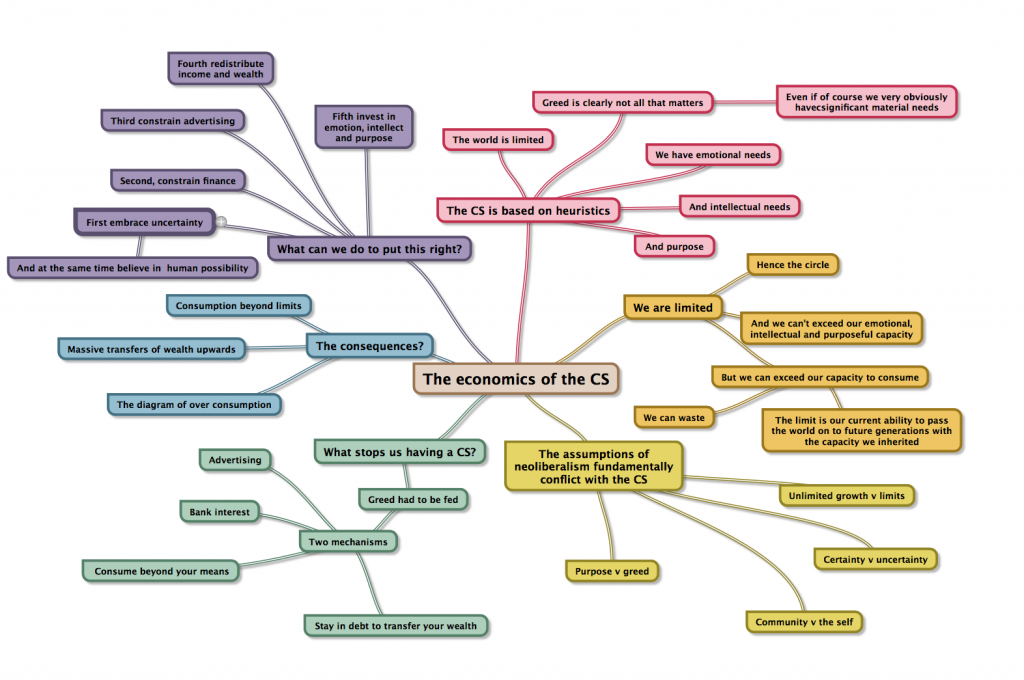