Taxation for the New Home Front

The following is my chapter in Caroline Lucas's new publication, out today, called The New Home Front.

Taxation for the Home Front

Unfettered global capital is assaulting our state and undermining our democracy through concerted attacks on our stability mounted from tax havens. It is capturing our resources through bank subsidies and is threatening our future by undermining our environment. A minimum four-part plan is needed to reclaim our democracy, and our economy:

From 1997 to 2008 government income exceeded spending by £146 billion. The cumulative deficit since the end of this period is expected to be £397 billion. If we are serious about meeting the deficit and stopping the assault on our economy, we have to mobilise resources to collect tax revenues owing to us. 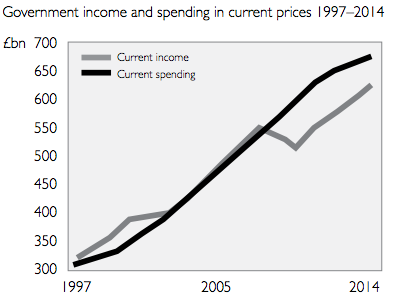 We lose maybe £25 billion a year in this country to legal, but morally reprehensible, tax avoidance. A further £70 billion may be lost to tax evasion and at any time there is up to £25 billion of uncollected tax.15 Despite this, since the crash, the number of people employed

at HM Revenue & Customs has been cut from about 90,000 to a little over 60,000. Another 10,000 are scheduled to go by 2015.16 This is absurd. Parliament has reported each member of staff engaged on tackling tax abuse can raise at least 11 times their cost in tax revenues.17 We need to mobilise a whole army of new tax collectors to tackle the tax gap and stop the disastrous attack on our economy and its tax revenue.

People pulled together for the Home Front and must do again now. This means all taxpayers must contribute their fair share:

- Multinational corporations must be made to account on a country-by-country reporting basis so we know where they are, what they’re doing there, and how much tax they are and, as importantly, are not paying in each country in which they work.

- Banks need to report to HM Revenue & Customs whenever they open bank accounts for companies, businesses, and maybe individuals so that those who refuse to pay what they owe can be tracked more easily.

- A general anti-avoidance principle must be included in UK tax law to stop the tax avoidance schemes that have the sole aim of undermining the government’s tax revenues.

Tackling tax abuse in the UK is essential, but the assault on our revenues has come from offshore too, enabled by the world’s tax havens. Tax havens exist to undermine regulation in other countries. Their sole purpose for passing tax haven laws is to let people who don’t live in the tax haven use their laws to get round the law in the places where they live.18 We have to tackle tax havens, and we can. We can demand country-by-country reporting that shows which companies use them.19 We can demand the automatic exchange of information on who has accounts.20 And for those places that refuse, we could impose economic sanctions — including deducting tax at source on all payments going into such places or denying banks

that work there licenses to trade in London. Sanctions were suggested by the G20 in London in April 2009. Now is the time to impose them. We can no longer afford the tax-haven-based assault on our economy.

We need to know what world we want when our work is done. So, as this process is going on, we have to prepare for the world that could be ours. That means we put in place the structures and infrastructure we need for a new, green, world.

- We must build a proper progressive tax system that taxes capital properly, frees the least well-off from tax, and ensures that ‘bads’ are taxed and ‘goods’ aren’t. We have to create new taxes to ensure the tax system is fair, including land-value taxes to replace the iniquity of the current local tax system.

- We have to make our major companies accountable. They need employees on their boards, an obligation to pay living wages, a duty to recognise unions, and a requirement to provide pensions.

- We urgently need a Green New Deal — unleashing a carbon army who can turn the UK into a low-carbon economy through energy efficiency and new forms of generation, and by emphasising the need for design for longevity that will reduce consumption.