Why I include tax paid late in the tax gap

In HMRC's response to my work on the tax gap, published by the Treasury Select Committee today, they say:

The figure for unpaid tax of £28bn that Tax Research UK use is a snapshot of the total amounts owing to HMRC on a particular day. We think this gives a misleading impression of tax that is lost. Most tax paid late is collected within a few days, and over 90% is eventually collected. Therefore the figure we include in our tax gap estimate shows only the amounts we don't ever collect. 90% of this arises because of insolvency.

So why do I include tax paid late in my estimate? Well, one very good reason is the fact that in 2005 HMRC issued the following diagram of the tax gap through the Large Business Service: 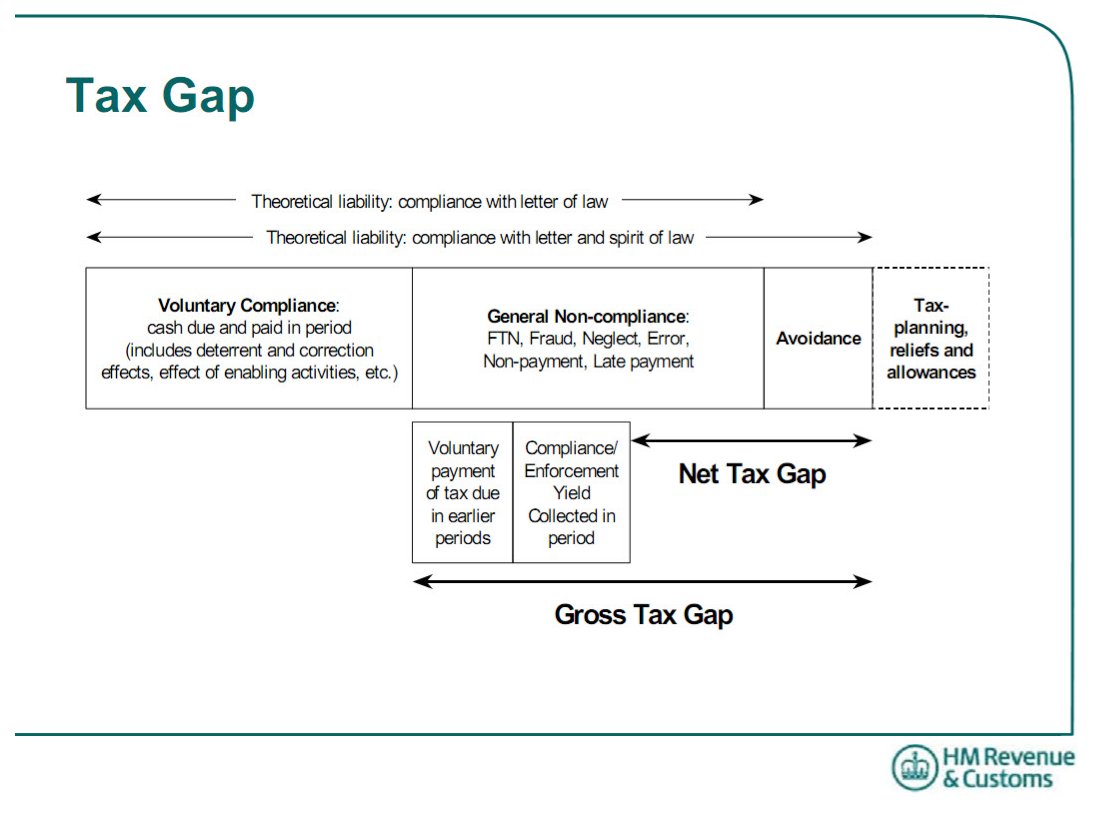 There, wou will note,  in general non-compliance is tax paid late. If it's good enough for HMRC to include it in the tax gap it's good enough for me. The problem is for them to explain why they've chosen to understate the tax gap as a result of ignoring this number, not for me to justify its inclusion. And that's especially true when there are very good reasons for including it.

The fact is that ignoring tax debt as part of the tax gap is not helpful at a time when the government is borrowing about £120 billion a year, precisely because it is not collecting enough in tax. Every pound of late paid tax is a pound borrowed and when the government  have made the reduction in government borrowing their key economic objective to exclude tax paid late from the tax gap is completely nonsensical. This sum has to be included or very obviously the goal of collecting this sum, which is essential to H M Revenue & Customs’ objectives, will not receive the emphasis it deserves in the allocation of resources.

That's why I'm right to include this figure in the tax gap and HMRC are wrong to exclude it.