Why are companies paying less tax?

I did a simple bit of research yesterday. I produced the following graph from the data noted below it: 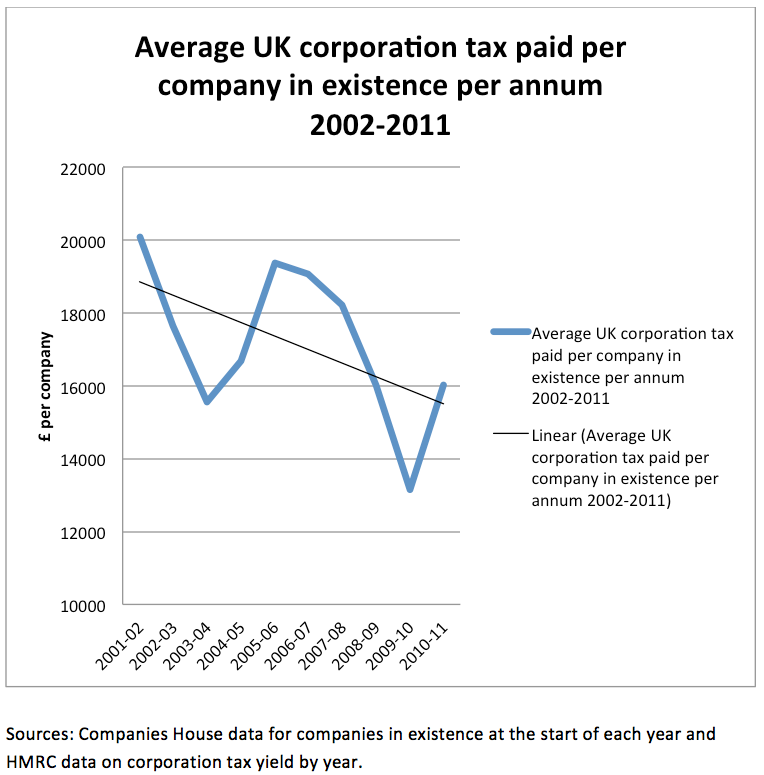 It's immediately possible to say that of course the amount of tax per company has gone down because the number of companies has gone up, but then so has to proportion of profits in GDP, so that doesn't quite stack, but I agree I need to do more on that issue.

And it's also possible to say all the new companies were small - but then a 25% jump in corporation tax between 2004-05 and 2005-06 may well be very largely small company related as there was a rush to incorporate over the 0% tax fiasco, which was then withdrawn. So that doesn't really stack either - small companies do pay tax.

And of course a lot of the new companies could be dormant.

Or could it be that the fact that less than 1.2 million of those 2.6 million companies submit tax returns with maybe 700,000 a year ignoring the demand to do so might just explain the fall, coupled with the fact the Companies House has cut its staff by 25% and HMRC has done so by over 30% during this period? Could it be, in other words, that tax evasion explains the fall, and the fact that corporation tax is now becoming something of a voluntary payments donation box exercise rather than a serious exercise in taxing most businesses might explain the fall?

I can't prove that on the basis of one graph. But it's a hypothesis. And there's ample evidence to support it.