The IFS verdict: Osborne has no chance of clearing the debt and we’re in for a torrid time

I admit I have not read all the IFS Green Budget, published this morning.

This is the core of the fiscal forecast: 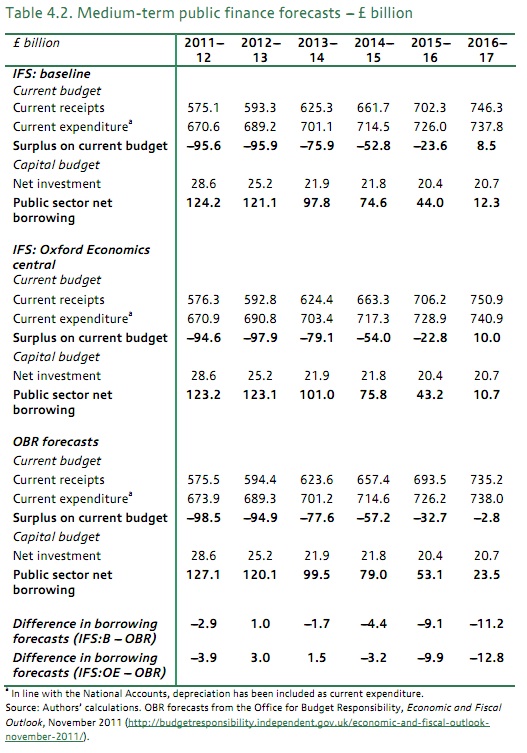 You can ignore pretty much everything more than three years hence - no one has a clue in any economic forecasting model what will be happening by then. So just look at the three years up to the next election and you'll see Osborne will still be piling on the debt using his definition of debt, as I've always predicted. To put it another way, the IFS think his whole economic strategy will have failed, completely. So by 2015 George Osborne will have no story to tell the electorate.

But it will be worse than that. We're already suffering in the UK and that is before, as the Guardian notes:

The IFS warned, however, that work on repairing the £114bn "black hole" in the government's finances had only just begun. It said that 75% of the deficit reduction programme was still to come, including 88% of the benefit cuts and 94% of the reductions in departmental spending.

SAo there is misery upon misery to be poured on the UK and all to no avail: the only reason for that misery is that supposedly it repays the deficit.  But it isn't. And it won't. So it's pointless. It's a tale of wanton destruction of lives and well being all for no purpose. And none of it is necessary. Why? Because we're not suffering that level of debt at all.

That's the next blog.