The following comes from the Plurabelle Books blog:
Please join us at 6pm on Tuesday 29 November 2011 at Plurabelle Books, Cambridge for an evening with Richard Murphy, author of The Courageous State.
His new book argues that neoliberal economics has led to weak governments who assert the supremacy of the market. This has created cowardly states: states that shun responsibility and leadership. Worse, the weak politicians who preside over such states encourage the use of tax revenue for the benefit of the private sector: Is there a way out of the "democracy" of capital which creates poverty with a click of a banker's mouse ? 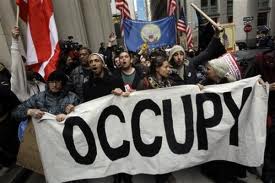 That's the question Richard addresses and in doing so he raises one of the most urgent issues for today - What is the alternative that Occupy Wall Street, Occupy London and others should be demanding? He argues there is an alternative - and that it's all wrapped up in the contested notion of The Courageous State 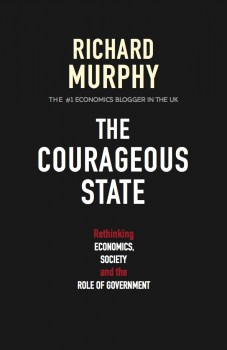 Richard Murphy is  a chartered accountant and economist at Tax Research UK. He has been called an "anti-poverty campaigner and tax expert". He was voted the seventh most influential left wing thinker in 2010/11 in a Left Foot Forward poll, making him the highest ranked UK based economist on the list. His blog taxresearch.org.uk is probably the most influential economics blog in the UK.
Plurabelle is books you don't need in a place you cannot find. Our premises are well hidden on the old Rattee & Kett site, next to Hills Road Sixth Form College.  Plurabelle Books (Grey Barn, Michael Young Centre, Purbeck Rd, Cambridge CB2 8QL) has an extensive stock of more than 50,000 academic books in all subject areas. The discussion with Richard Murphy will take place in our browsing bookshop where great deals can be had for little money. We also have an extensive list of books on economic subjects, many currently offered at reduced prices
Snacks and drinks provided by searchingfinance.com,

a new publishing venture set up by Ashwin Rattan. Ashwin will offer Richard Murphy's book at a specially reduced price of £ 11.- Searching Finance is currently soliciting proposals for new publishing ventures, and he looks forward to meeting authors and researchers.
Please join us and enjoy the magic atmosphere of old books to join in a discussion which could hardly be more timely and more urgent today.

RSVP: books@plurabelle.co.uk or on facebook
Cyclists are invited to complete membership forms for the Cambridge Cycling Campaign
Donate
0